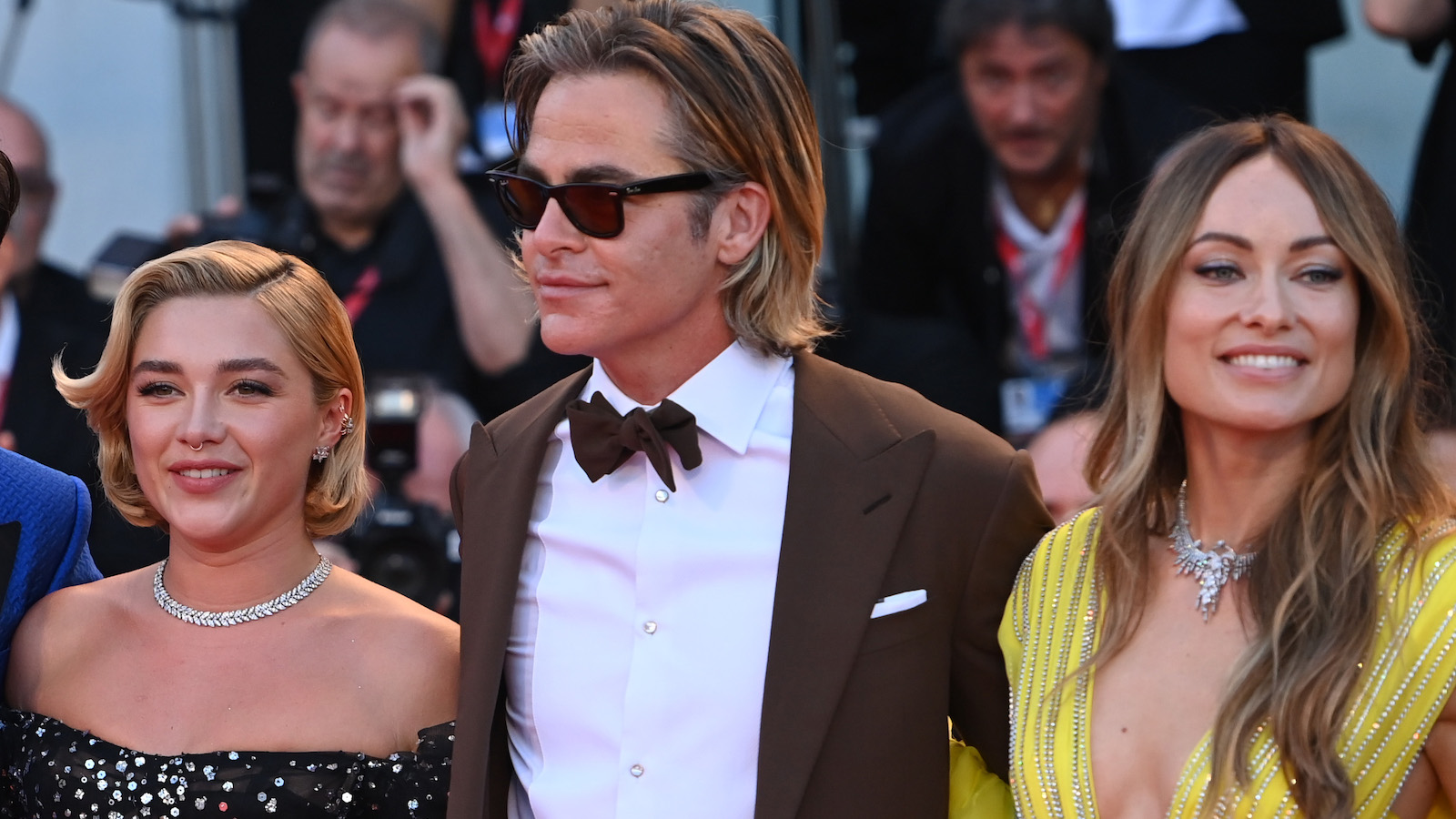 Don’t Worry, Darling is getting a lot of attention this weekend, and not necessarily for the right reasons. There’s been a lot of news about what happened behind the scenes during shooting, especially between lead actress Florence Pugh and director Olivia Wilde. Despite all the noise, the movie has still managed to get a four-minute standing ovation at the Venice Film Festival.

The big news at the festival, according to Variety, was Pugh deciding to eschew the movie’s press conference (the official reason was she was shooting the sequel to Dune and would be late). Later, when the audience gave the movie applause, Pugh reportedly turned her back to the director and instead danced with co-star Nick Kroll.

The two were also conspicuously seated close, but not too close, thanks to pictures that emerged from the festival.

Variety said the movie was extremely well-received and that the ovation would’ve probably gone on longer if Pugh didn’t exit the room after three minutes of clapping with the rest of the cast (Wilde taking up the rear) following shortly after. We guess no one told the people in the room that the film debuted on Rotten Tomatoes with a score that is anything but celebratory.

The rumors that Pugh and Wilde were feuding gave the movie a whole new level of attention, and whether that ends up hurting or helping the film remains to be seen. Red carpet awkwardness was avoided by each star getting their own window of time on the red carpet. Wilde went first, then Styles, then Pugh. Styles had scores of female fans lined up to see him, Variety reported.

When Wilde was asked to comment on the feud and “clear the air” she answered diplomatically, calling Pugh “a force” and saying that:

“We are so grateful she’s able to make it tonight [for the red carpet] despite being in production on Dune. I know, as a director, how disruptive it is to lose an actor even for a day, so I’m very grateful to her, and to [Dune director] Denis Villeneuve for helping us. And we’ll get to celebrate her work tonight. I can’t say how honored I am to have her as our lead. She’s amazing.”

She also called the rumor of feuding “endless tabloid gossip” and “noise,” adding that the “internet feeds itself” and she doesn’t “feel the need to contribute.”

The Wilde/Pugh drama isn’t the only one to affect the film. Styles’ role was previously given to Shia LaBeouf but he left the production, and there have been stories on both sides about whether he quit or was fired.