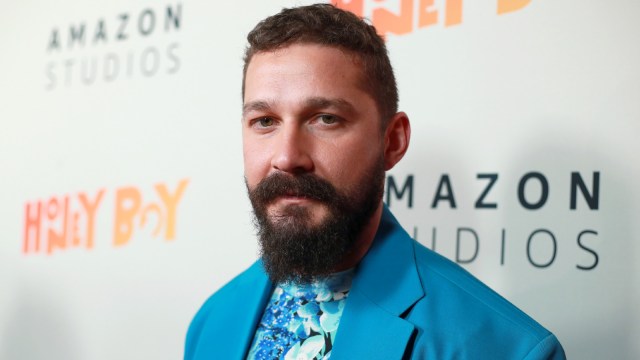 Olivia Wilde caused an avalanche of headlines this week with her glossy new Variety cover story, where she dished about everything from her new film, Don’t Worry Darling, to the now-infamous CinemaCon incident in which she was served child custody papers onstage. She also opened up about having supposedly fired Shia LaBeouf from the upcoming psychological thriller, however, the actor now says those claims are categorically untrue.

And, he brought a mountain of receipts to prove otherwise.

“I say this as someone who is such an admirer of his work. His process was not conducive to the ethos that I demand in my productions,” Wilde told Variety in the wide-ranging interview that was published on Aug. 24. “He has a process that, in some ways, seems to require a combative energy, and I don’t personally believe that is conducive to the best performances.”

“I believe that creating a safe, trusting environment is the best way to get people to do their best work,” she added. “Ultimately, my responsibility is to the production and to the cast to protect them. That was my job.”

While it does sound like there was come conflict between LaBeouf and Florence Pugh, who also stars in the film, the 36-year-old provided the publication with emails, text messages, and even a video message from Wilde to unequivocally prove that he was not fired. Instead, LaBeouf says he quit the film because the actors were not given time to prepare.

“According to the texts, LaBeouf and Wilde met in person in Los Angeles to discuss his exit from the film on Aug. 16, 2020. Later that night, Wilde texted him, ‘Thanks for letting me in on your thought process. I know that isn’t fun. Doesn’t feel good to say no to someone, and I respect your honesty. I’m honored you were willing to go there with me, for me to tell a story with you. I’m gutted because it could have been something special. I want to make clear how much it means to me that you trust me. That’s a gift I’ll take with me.’

LaBeouf claims he ‘officially’ quit Don’t Worry Darling the next day on Aug. 17, 2020, according to the email he sent to Wilde on Thursday morning.

He included a video to Variety that Wilde allegedly sent him on Aug. 19, 2020, two days after he claimed he quit. In the video, Wilde is driving a car and says she is ‘not ready to give up on this yet.’ She also alludes to tension between LaBeouf and Florence Pugh, who stars in the film as Alice, the wife of LaBeouf and Styles’ character Jack.”

LaBeouf likewise provided Variety with the email he sent to Wilde on Aug. 26, in which he pleaded with her to come clean. Though he admitted to being “persona non grata” due to sexual battery allegations from his ex-girlfriend FKA Twigs — which will play out in a courtroom next April — he argued that he is now nearly two years sober and does not want his infant daughter to eventually have to read false accusations about him on the internet.

“Firing me never took place, Olivia. And while I fully understand the attractiveness of pushing that story because of the current social landscape, the social currency that brings. It is not the truth. So I am humbly asking, as a person with an eye toward making things right, that you correct the narrative as best you can. I hope none of this negatively effects you, and that your film is successful in all the ways you want it to be.”

Wilde has yet to comment, but you have to bet she’s having a real one in light of these turn of events.