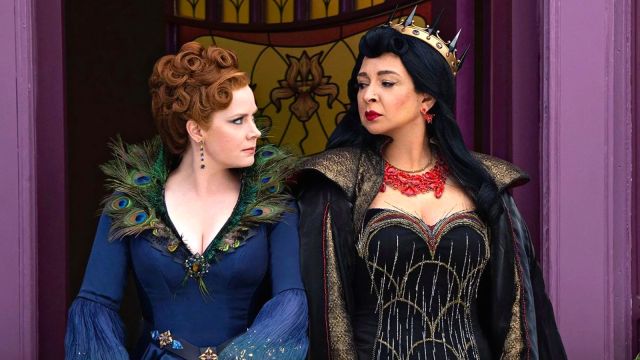 In the age of sequels, remakes, and reboots, Disney’s 2007 movie Enchanted starring Amy Adams and Patrick Dempsey is the latest to be revived. The film’s sequel Disenchanted has just premiered, to tepid critical reception, but excitement from fans who have been waiting for fifteen years.

Disenchanted has reportedly been in the works since 2010, facing countless script rewrites and delays. However, according to its current Rotten Tomatoes score, it looks like all of that effort still wasn’t enough. The website, which aggregates reviews from critics across the board, has the Disney film sitting at 50% on its Tomatometer, after the first set of professional opinions.

The Hollywood Reporter‘s Lovia Gyarkye calls the film “as vanilla as its setting”, while, for IndieWire‘s Samantha Bergeson, it’s “cute enough to cast a bit of an escapist spell this holiday season.” Owen Gleiberman at Variety says Disenchanted plays more like “a light show in search of a movie,” and The Guardian‘s Benjamin Lee concedes that “there’s just about enough charm to keep [it] from living up to its title.”

These measured words from critics are bound to not matter much among the passionate fans of Enchanted, who had been asking for this sequel for years. Nostalgia is also likely to play a big role in the opinion of those who grew up with the movie, making it near and dear to their hearts.

One fan believes Disenchanted was “as magical as the first movie,” and another is very much “obsessed” (in all caps!).

If there is one thing fans and critics alike seem to agree on is that the cast gave it their all, and their passion for the project shone through in their performances, with Amy Adams, as the protagonist, getting most of the love. The film’s musical numbers and the general score are likewise getting praise, top to bottom.

Disenchanted also stars Idina Menzel and James Marsden, reprising their roles as Nancy and Edward, as well as new additions like Maya Rudolph, Gabriella Baldacchino, Yvette Nicole Brown, among many others.

The movie follows Adams’ Giselle and Dempsey’s Robert fifteen years after their happily ever after. It’s available to stream now on Disney Plus.