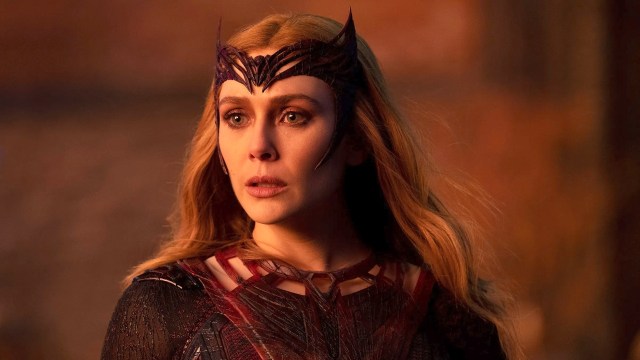 The Doctor Strange 2 film came out earlier this year and took viewers through the multiverse, showed Elizabeth Olsen’s Wanda in a sinister light, gave her a new version of her WandaVision outfit, and now, costumer Graham Churchyard is explaining why.

Ultimately, they wanted to highlight how Wanda was corrupted by the Darkhold and had to adjust after seeing WandaVision.

“It was only a fragment [that we saw], but when Sam and I looked at the footage, we said we better go back to the studio, because it doesn’t fit with our script where she is in possession of the Darkhold. We came up with the idea of this multiversal mold that grew over people if they were in possession of the Darkhold. That’s what the costume was. We took the WandaVision costume and created these sleeves, to show there’s a sort of progression going up the arm, this creeping distress and corruption into the rest of the costume.”

Churchyard makes the above comments in an article published by Inverse today. The piece looks at various costumes from the film and also reveals that America Chavez, as played by Xochitl Gomez, wears her symbol due to Sam Raimi’s desire to highlight her and explains America’s jacket looks the way it does because the character lived in orphanages, and that originally it was almost more wild-looking.

“Sam wanted the star. He had his editor’s hat on, as it were. He wanted the star to be the thing that stood out [in] that moment when she’s walking down the street, or in the cold opening. [For her jacket] I had busier versions which almost looked like someone had taken a spray can and graffitied some design. All kinds of expressions that have to do with like a teenager’s angst.”