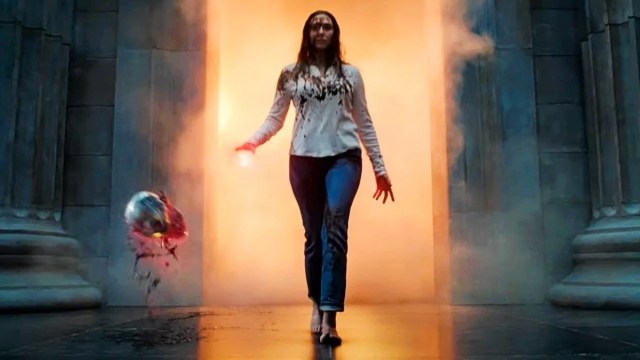 Doctor Strange in the Multiverse of Madness is about as unhinged as Marvel films get, with critics and audiences alike taking note of the prevalent horror elements, to say nothing of the mind-bending nuances that came with multiversal travel. This is truly the MCU at its most deranged.

And nothing exemplifies this more than the way the film cheekily handled its cameos. The movie was an absolute treat for crossover lovers, bringing back the likes of Black Bolt and Monica Rambeau, bringing Captain Carter into a live-action MCU flick, and, of course, introducing the likes of Mr. Fantastic and Professor X to the world.

But just as quickly as they were introduced, they were quickly slaughtered by the Scarlet Witch, with Black Bolt and Professor X’s deaths in particular ranking quite high on the “disturbing” meter.

As if that wasn’t enough, though, a closer look at the scene of the latter’s death reveals that it was much more heinous than most of us probably realized.

Indeed, what looks like a more merciful snap of the neck actually turns out to be a full decapitation by way of magically enhanced brute strength.

Intense as it may be, those of us familiar with Professor X in almost any capacity are used to this sort of thing by now, having watched him die countless times in previous films. Don’t even get us started on his death count in the comics.