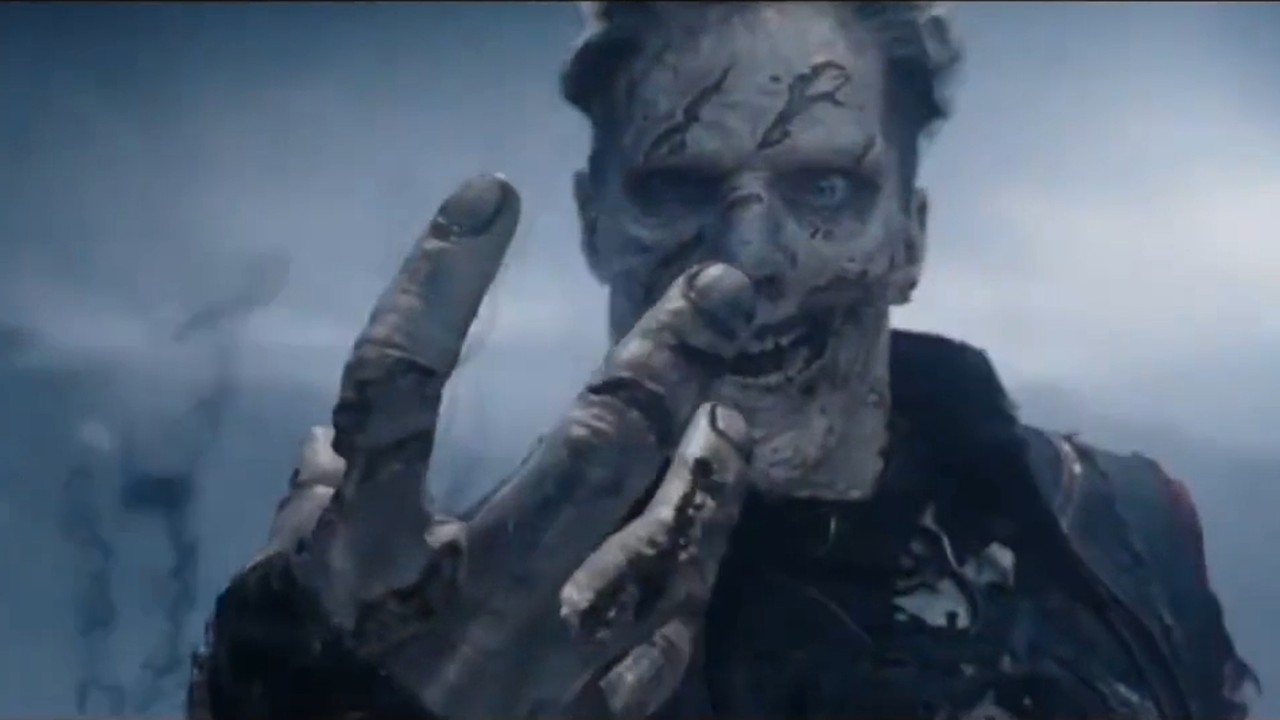 Doctor Strange in the Multiverse of Madness is setting the world on fire with the release of its first full-length trailer that dropped online during Super Bowl Sunday. But fans are noticing some differing footage from the TV spot — including possible teases to zombie characters — that aired during said game.

Unlike the full two-minute-16-second trailer that dropped on Marvel Entertainment’s YouTube Channel, the 30-second TV spot promoting the trailer contained shots like Xochitl Gomez’s America Chavez trapped underneath a tentacled Lovecraftian creature and many others.

We also got a close look at a differently-dressed variant of Benedict Cumberbatch’s Doctor Strange, who appears to be the so-called Defender Strange introduced in the accompanying toy line. In addition, we see Strange deploy tentacles from his arms. There’s also a closer look at who many have theorized to be a variant of Brie Larson’s Captain Marvel.

But the main thing that got fans hyped had to be the apparent return of the zombie versions of Elizabeth Olsen’s Wanda Maximoff and Strange from the Marvel Cinematic Universe animated anthology on Disney Plus, What If…?.

When the TV spot eventually made its way online via Reddit, Marvel fans were understandably hyped at the upcoming film, especially considering all the horror elements at play coming from Evil Dead director Sam Raimi, such as the zombies.

“Raimi’s horror style from what we’ve seen so far really looks like it’s going to fit well with Strange and Wanda’s story,” one fan noted.

Another user explained that the moniker of “Defender Strange,” as seen in the packaging of the Target toy line, likely stems from his resemblance to Doctor Strange as he appears in the comic book series The Defenders (AKA Earth-616’s version of Stephen Strange)

And as one user pointed out, that’s not to be confused with the Marvel Netflix show Defenders, which is a totally different lineup of heroes from the comics.

Another fan was simply excited at all the possibilities of Raimi trying his hand at creating horror with Cthulhu-type monsters.

A Cumberbatch fanatic also expressed their excitement at the actor flexing his thespian muscles by playing many different versions of Strange (at least three based on the TV spot), the kind of scenery-chewing opportunity that actor James McAvoy engaged in to great success for 2016’s Split.

Although it’s not 100% clear, many fans agreed that both zombie Strange and zombie Wanda, from the animated Disney Plus episode “What If…Zombies?,” appear to be in the TV spot.

Another user reveled at the fact that zombie Strange seems to resemble the Evil Dead bad guys, known as Deadites, from director Raimi.

Someone over on Twitter even directly compared the animated and live-action zombie footage that makes the film’s connection to the cartoon anthology seem pretty unmistakable.