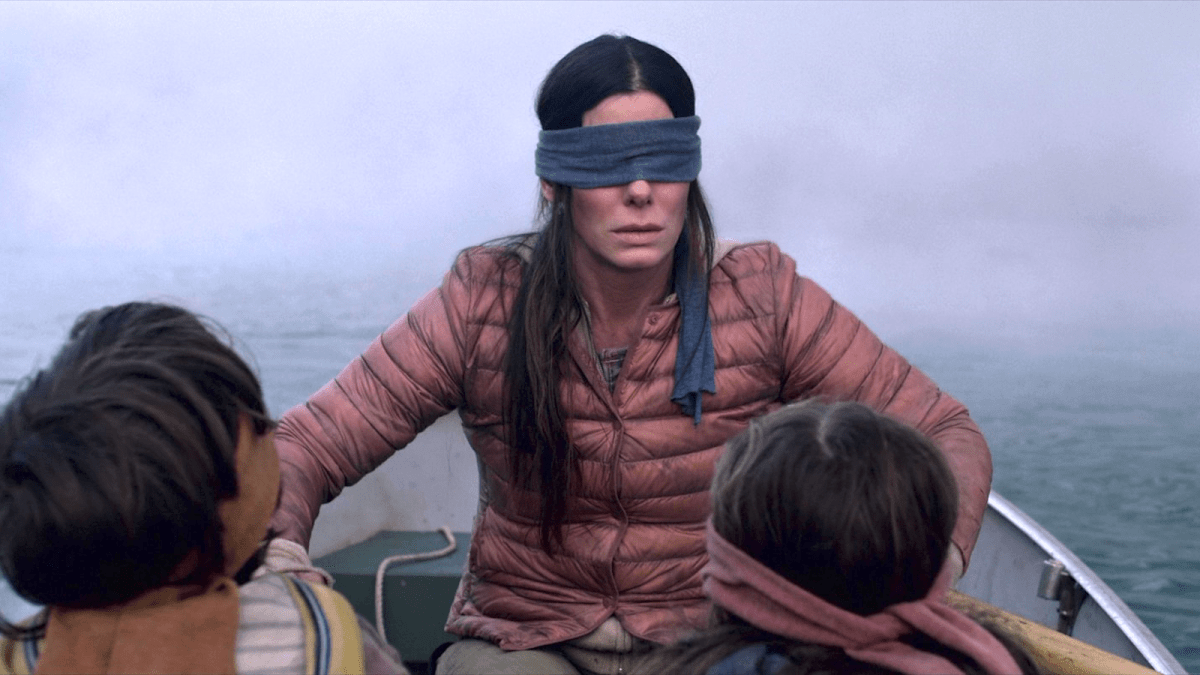 Of the number of original movies Netflix has created over the years, Bird Box remains high up on the list as one of the production company’s most successful, but whether it remains as high as it used to be is another question entirely.

Adapted from the New York Times bestselling novel of the same name by Josh Malerman, Bird Box defied all odds when it became Netflix’s most successful in-house movie of all time in terms of cumulative hours watched. That is until Red Notice came along in 2021 and knocked it off the top.

The post-apocalyptic movie boasted a simple plot with a complex premise and a familiar concept that felt both novel and fresh. Starring Sandra Bullock, the movie follows Malorie Hayes as she tries to blindly transport her children to safety in a world where unseen monsters lurk around every corner and one glimpse of them can drive you to the point of insanity.

Talk of Bird Box quickly permeated every corner of society when it was released, and the fact that it was straight-to-streaming starring an Academy Award-winning actress like Bullock attracted the movie even more attention. Not to mention the viral Bird Box challenge that made its rounds on social media where people started blindfolding themselves and navigating their surroundings, such as driving cars.

It got to the point that Netflix had to step in, issuing a statement on Twitter urging fans not to get behind a wheel blindfolded, if such a plea need even be necessary.

All that is to say people could not get enough of Bird Box. It helped that the novel it was based upon was startling good too. A fast-paced and adrenaline-inducing read, Bird Box the novel jumped off the page, and it’s no wonder Netflix picked it up before another major studio did.

That being said, it’s been several years since the commotion surrounding Netflix’s Bird Box has died down, and as is always the case with hindsight, horror movie lovers are debating whether it is, in fact, a sensory-deprivation horror masterpiece.

Is Netflix’s Bird Box a masterpiece or was it just overhyped?

If you ask Rotten Tomatoes and the good people of Reddit, the answer is no.

The movie scored a middling 64 percent on Rotten Tomatoes and an audience score that was even lower. Reviews were varied, to be sure, but the hype surrounding its premise created one of the biggest FOMO (fear of missing out) moments in Netflix’s history. Everybody was talking about Bird Box and if you hadn’t seen it you were missing out on virtually every conversation at the office, the bar, or the Friday night parties. Plus, it was released around Christmas which historically increases a movie’s likelihood of being watched as more people are off of work and itching to watch a movie as they relax.

This was part of the problem, according to Reddit users, and why they think it does not stand the test of time or deserve to be called a masterpiece. Several conspiracy-type theories have emerged claiming that all the buzz surrounding the film was artificial and manufactured by either Netflix or its marketing team. Whether or not that’s true is another question entirely but it can’t be denied that word of mouth picked up where the marketing left off and carried the film all the way to the top stop on the streaming platform.

For the most part, the movie did its job in being entertaining, but anything beyond that is out of the question. Comparisons to A Quiet Place, which premiered earlier that same year, have persisted, however the overall consensus is that John Krasinski’s movie was a much stronger sensory-deprivation horror film and that Bird Box is survived by only its record-breaking status and not its reputation.