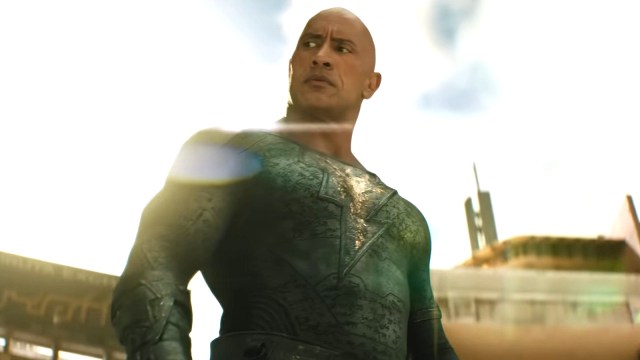 Say what you will about the quality of the film itself (most all critics have done so unabashedly by now), but one can’t deny that Black Adam has had an impressive run at the box office, and continues to go strong in cinemas nearly a month and a half later. Indeed, it’s just about all that Dwayne Johnson, who’s largely responsible for this movie existing in the first place, could have hoped for.

With his impossibly muscular physique, it was never going to be difficult to imagine Johnson playing a superhero, especially not one who boasts such raw power as Black Adam. The difficulty, however, stems from imagining him playing anything other than himself. Nevertheless, he surprised us all in expanding his range from “protagonist in a khaki shirt,” to that, and “brooding demigod from ancient times.” If nothing else, it was a refreshing turn.

But anyone who’s been paying attention knows that it wasn’t Johnson’s Teth-Adam that stole the spotlight, and the man himself is all too happy to agree with such a sentiment.

In a recent tweet, Johnson revealed himself as part of the Pierce Brosnan fan club, shouting out his co-star for his fantastic performance as Doctor Fate.

It’s no secret that Brosnan has long since been considered the uncontested MVP of the film, and the Twitter masses gladly reminded us after the leading man and producer’s rallying cry.

If you haven’t yet been acquainted with the grandfatherly gravitas of Brosnan’s Doctor Fate, Black Adam is currently playing in theaters.