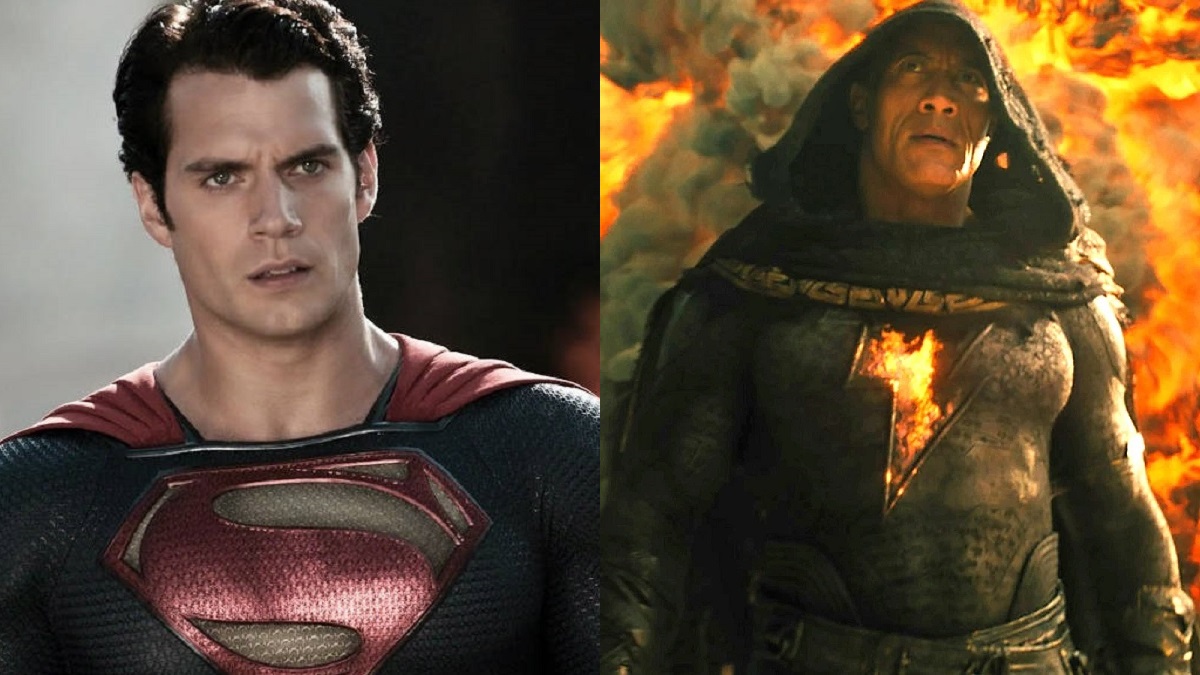 Ever since Black Adam first entered development, Superman has never been far from the forefront of the conversation surrounding the upcoming DCEU blockbuster.

Whether it’s the similar skill sets of the two buff superheroes, those never-ending rumors of a Henry Cavill cameo, the fact the franchise’s canonical Kryptonian is managed by Dwayne Johnson’s ex-wife and business partner Dany Garcia, or the repeated teases that a showdown is on the cards, it’s something fans have been thinking about constantly.

Of course, there were many left furious when Cavill no-showed Comic-Con, only for Johnson to tease a face-to-face with Superman that happened in the animated League of Super-Pets, but The Rock is still stoking the fires of competition, as he explained how he’d handily defeat the Man of Steel in an interview with Vanity Fair.

“When you pull Black Adam out of the pantheon of superheroes in the DC Universe, he is blessed with these incredible superpowers from the gods that rival Superman. The difference is, well, a few things. Number one, Superman’s greatest weakness is magic, and one of Black Adam’s greatest superpowers is magic.

Superman won’t kill anybody. There’s a code that he lives by and he honors. Black Adam has a unique code of ethics too. He will not hesitate—and I like to have a little fun when I’m explaining this—to rip somebody in half. Literally, he’ll grab someone by the neck and by the thigh and then rip them up, tear them apart.”

Those be fighting words, then, and while we won’t know for sure if the speculation on a Superman tease is accurate until Black Adam arrives in October, it’s surely only a matter of time before the two titans go toe-to-toe.