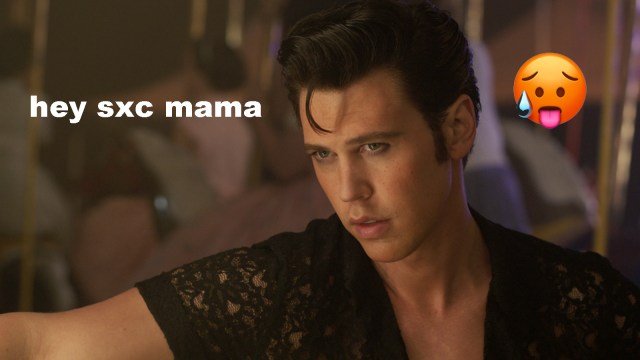 Alright, alright, alright: Baz Luhrmann‘s Elvis flick is on track to be the biggest hit at the box office since the COVID-19 pandemic first hit.

The biopic, which one critic infamously likened to the Wackowski siblings’ Speed Racer, stars Austin Butler as the titular legendary singer alongside Tom Hanks, Dacre Montgomery, Maggie Gyllenhaal, Olivia DeJonge and more. According to Variety the film has made $30.5 million USD since it premiered in theatres on June 23rd.

It also tied with Top Gun: Maverick for first place in the United States. Elvis was in the lead on Friday then dropped to second place on Saturday. The power of the almighty himbos strikes again — specifically this one Top Gun: Maverick scene TikTok acted like a cat in heat over.

If Luhrmann’s Elvis performs better than The Lost City in its opening weekend, the film’s release will become the strongest opening weekend for any non-franchise film since COVID-19 started. The Lost City starred Sandra Bullock, Dwayne ‘The Rock’ Johnson and Daniel Radcliffe, and made $30.4 million USD in its first three days back in April, per Collider.

Again, shoutout to the King of Rock and Roll for that one. And Mr. Sultry Voice Butler.

“I’d hear him say a certain word and I would clip just that bit out so I knew how he said that word. I created my own archive of how he said every word and every diphthong, and the way that he used musicality in his voice.

“There are so many people out there who are super-fans, who compile these websites that have the most amazing resources. I scoured all of them. I looked at every YouTube video I could find and every film that I could watch, and I started making my own [sound catalog].”