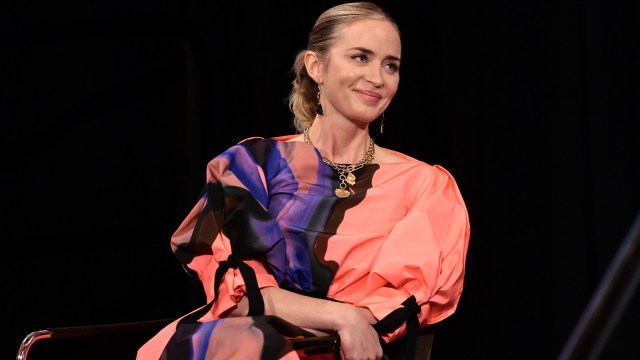 Photo by Jamie McCarthy/Getty Images for American Institute for Stuttering

We are officially living in the age of Ryan Gosling: Action Hero, with the two-time Academy Award nominee flexing his chops with the Russo brothers’ Netflix smash hit The Gray Man, before teaming up with John Wick, Atomic Blonde, Deadpool 2, Hobbs & Shaw, and Bullet Train maestro David Leitch for The Fall Guy.

Based on the TV series starring Lee Majors that ran for five seasons and 113 episodes between 1981 and 1986, the original followed the adventures of Colt Seavers, a Hollywood stuntman who also held down a side hustle as a bounty hunter, using his physical prowess and car-based shenanigans to corner fugitives and criminals.

While no plot details on the big screen reboot have been revealed, we now know that Emily Blunt will be co-starring with Gosling, per Deadline. No stranger to action and effects herself through A Quiet Place, Edge of Tomorrow, Jungle Cruise, and others, that instantly gives The Fall Guy two A-list leads with box office drawing power to sell itself to the masses.

Putting the icing on the cake, Universal has also announced that the film will debut on March 1, 2024. With a sequel to The Gray Man on the way, Gosling is going big on his newfound determination to establish himself as a cinematic ass-kicker to be reckoned with, and there are few better dance partners out there than stunt coordinator-turned-director Leitch.

Pairing him with Blunt would be an appealing prospect in a drama, romance, or even comedy, but throwing the two of them together in a blockbuster action movie is tantalizing to say the least, so hopefully we hear more about The Fall Guy sooner rather than later.