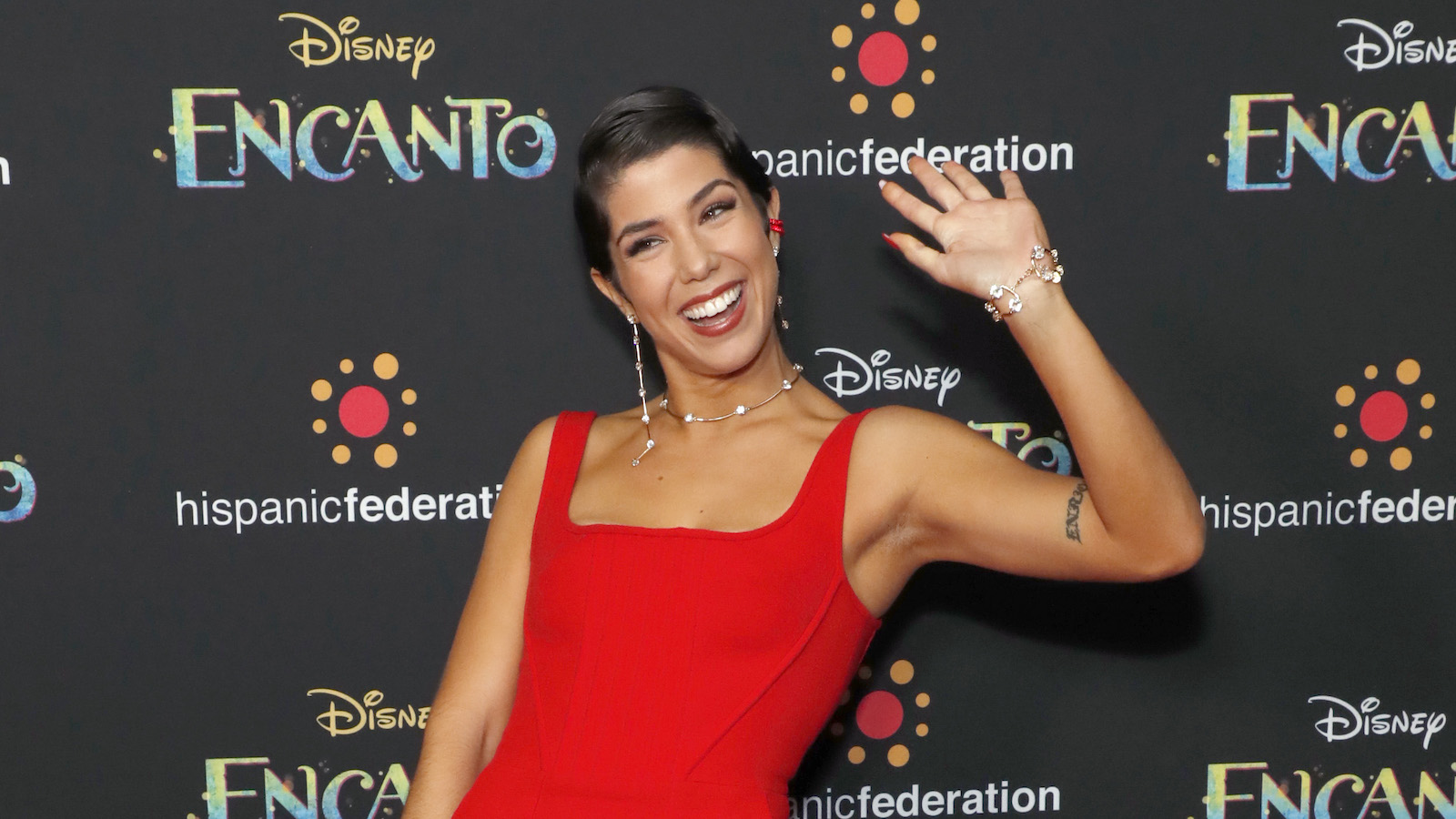 Encanto star Jessica Darrow shared her thoughts on the Disney “Don’t Say Gay” controversy while on the Oscars red carpet sharing her joy to be able to represent “gorgeous queer people” everywhere.

Speaking to Deadline, the star was asked how she felt about the controversy which saw Disney employees stage a walkout last week in Burbank, California. She explained that the LGBTQIA+ community is the face of Disney.

“Well, you know here I am being queer and gorgeous and I’m on the red carpet and I’m very happy to represent fellow gorgeous queer people that consume Disney.

We are all here, we are the face of Disney at the end of the day, and its obviously not right what’s going on but as long as we continue to uplift our voices and make out cases known and continue to put out the positive loving authentic energy that consumes all of us, we are the authentic part of all of this.”

The Encanto star continued explaining how she wants to let those who feel the way she does know it’s okay to be who you are, and so far, Disney has allowed her to remain authentic to herself despite being “alt-Disney” with her tattoos and short hair.

Encanto was nominated for a pair of Oscars this year, taking home the major award for Best Animated Feature, but falling short during the pre-show for best original score. Darrow played Luisa in the film, which launched to both audience and critic praise last December.