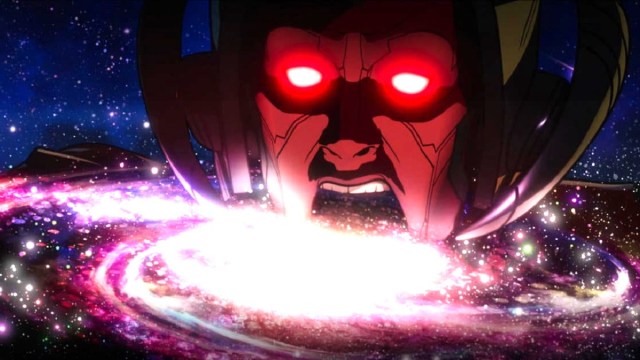 Having been viewed as one of Marvel’s most dangerous, fearsome, and iconic villains ever since debuting on the printed page in 1966, the widely-expected arrival of Galactus into Kevin Feige’s cinematic universe is a tantalizing prospect.

Of course, the legendary nemesis of the Fantastic Four has technically appeared in live-action before, but Tim Story’s 2007 sequel Rise of the Silver Surfer opted to transform the intergalactic entity into a cloud for reasons that we’re still struggling to comprehend 15 years later.

We shouldn’t expect the MCU to make the same mistake, though, and with the Fantastic Four reboot having finally settled on a release date, the Galactus chatter is only set to increase the closer we get to November 2024. In a curious twist of fate, a fan theory put forth on Reddit outlined one potential method for bringing the Devourer of Worlds into the fold, but it was a reply suggesting that the concept would work better flipped on its head that made more sense, and gained more upvotes for good measure.

Instead of Galactus solving his hunger pangs by feasting on Celestials that haven’t yet been birthed, over 1000 people agree with the complete opposite sentiment. Turning things around the notion of having the iconic baddie go looking for planets that already have an unhatched cosmic deity dwelling within, it would make for sense within the context of the MCU for him to actively seek ones that remain empty.

That way, having him descend on Earth would both establish Galactus’ motivations in the grand tapestry of canon, while also building off the end of Eternals, which has to be deemed as an integral part of the mythology moving forward seeing as the film ended with a giant space creature poking out of the Earth’s core.