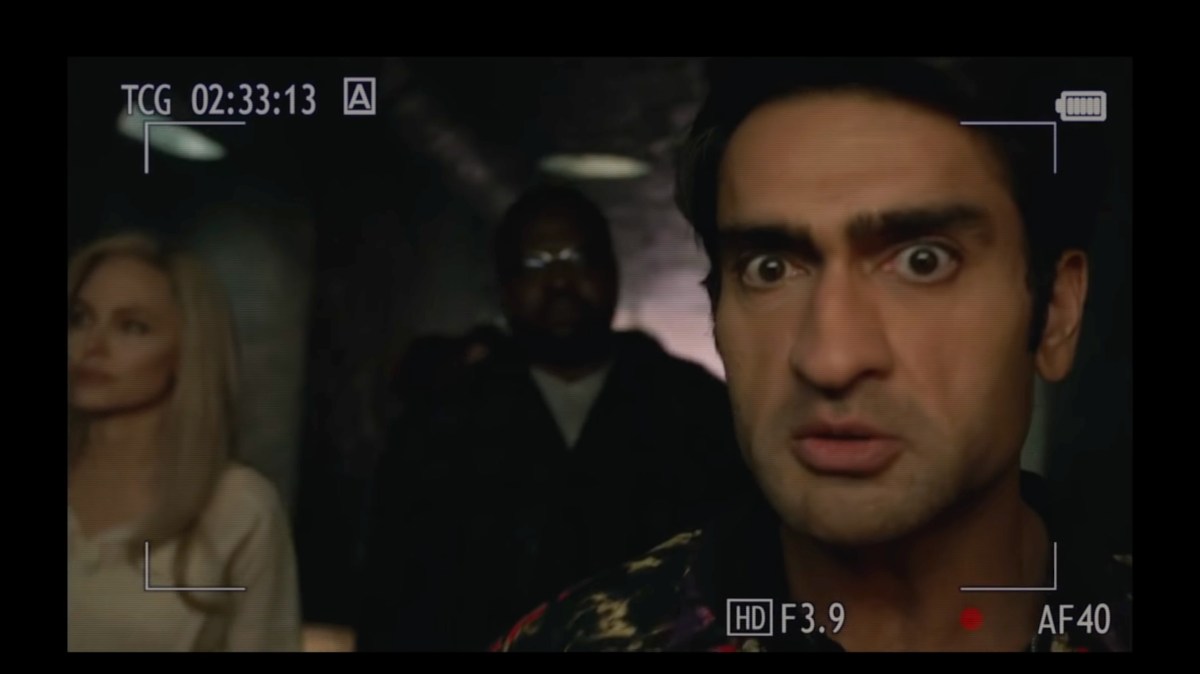 The mid-credits scene in 2021’s Eternals served as Harry Styles’ debut in the MCU and set up a potential sequel for the film, though apparently, according to one of the Eternals themselves, Kumail Nanjiani, there was another, very different post-credits scene filmed that was eventually scrapped.

The actor spoke on the podcast Happy Sad Confused to host Josh Horowitz, about his experience working on the Marvel film and how it felt to be a superhero, from getting into superhero shape (Nanjiani’s own decision he states) to this cut scene with Styles.

The scene saw Styles as Starfox, brother of Thanos, meeting with Nanjiani’s character Kingo, which we now know wouldn’t have made sense given that Kingo, along with Sersi and Phastos, were taken by Arishem at the end of the film, creating the conditions that led to Starfox seeking out the other Eternals to offer help. Nanjiani said,

“We actually shot a different scene with Harry Styles, cause the ending now, my character’s not in that scene, but we shot a version where I was with him, and it was a very different sort of post-credit sequence.”

Nanjiani admits that he wasn’t really introduced to the boy band member turned solo artist/actor, revealing, “We didn’t really talk. We just sort of made eyes at each other from afar,” before quickly realizing he may have said something he shouldn’t and adding, “No, it was sort of… I don’t really know what I’m allowed to say…”

It seems it wasn’t even till the day of filming this now-cut scene that Nanjiani even knew Styles was on board, but he had suspicions, “I started hearing rumblings of it here and there and I thought it was bulls—. I was like, ‘The guy from One Direction? No way,'” he continued, “And then you show up to work one day and there’s gorgeous Harry Styles. ‘Hey, mate!’ And I’m like, ‘Hey? What are you doing here, man?'”

Well, we will likely never know what the content of that scene was or where it may have led, as it stands we don’t know what is ahead for the Eternals, not even Nanjiani. The actor is unsure what his future is within in the MCU, explaining,

With how divisive the film came to be, and being the most poorly rated MCU film of all time, it is likely the studio is focusing on other projects, though there have been rumors that we haven’t seen the last of the characters yet.