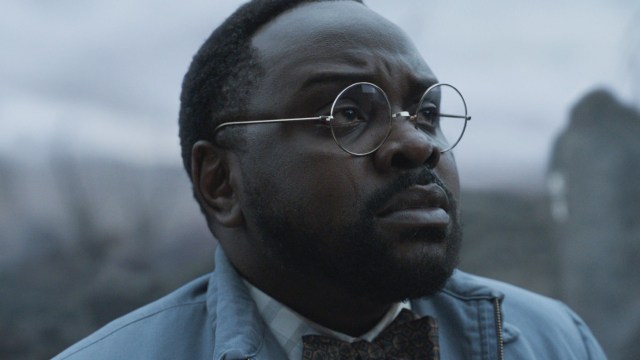 The first official poster for Christopher Nolan’s Oppenheimer just dropped, and people are linking the film back to one of the Marvel Cinematic Universe’s most polarizing moments.

Oppenheimer is set to release in July 2023, and is based around a biography of J. Robert Oppenheimer titled American Prometheus. The film will follow Oppenheimer — widely credited as the “father of the atomic bomb,” — during the second world war. It takes aim at the Manhattan Project and the development of the world’s first nuclear weapons.

A similar — but notably different — plot line was recently the topic of virulent online debate, after the MCU’s Eternals gave its own explanation for the atomic bombings of Hiroshima and Nagasaki. One of the film’s titular heroes — Phastos — was shown as bearing part of the blame for the devastating bombings, and fans had plenty to say about the MCU placing the blame on its first-ever openly gay hero. While Phastos’ involvement in the making of the atomic bombs isn’t as clear-cut as some reviews made it seem, the film definitively links his influence to the bombs’ creation.

This plot point has been dissected by numerous viewers online, and largely exited public discourse months ago. That is, until the first poster for Oppenheimer dropped, and sparked a new wave of Eternals jokes.

People quickly took to Twitter to share their hot takes on the upcoming film, with many publicly pondering who will play Phastos — a very necessary character, since he aided in the creation of the atomic bombs, per Marvel — in Nolan’s take on the 2005 biography.

These jokes were only spurred on by a joke from the @LeCinephiles Twitter account, which claimed that Brian Tyree Henry — who played Phastos in Eternals — “filmed a ‘secret cameo’ for Christopher Nolan’s ‘OPPENHEIMER,’ according to inside sources.”

This tweet set off a wave of reactions, as people added their own versions of the joke into the mix.

Viewers interested in gauging Phastos’ involvement with the Manhattan Project can enjoy The Eternals with a Disney Plus subscription. Oppenheimer is still in development, and is set to hit theaters on July 21, 2023.