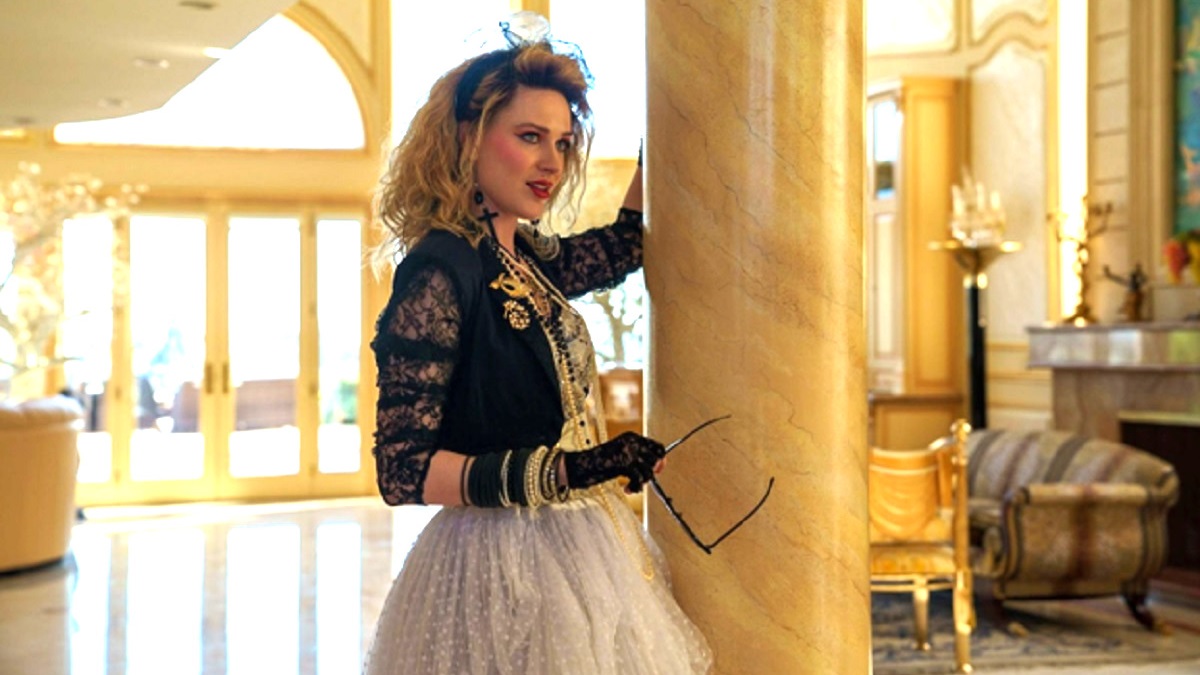 Shooting has been underway on Roku biopic WEIRD: The Al Yankovic story for a few weeks now, but almost all of the focus has fallen on the genius casting of Daniel Radcliffe as the eponymous musical comedian.

A new press release has confirmed several new additions to the ensemble, though, and a couple of them are so obvious that they border on the inspired, which is fast becoming a recurring theme of co-writer and director Eric Appel’s movie as it quietly begins gaining some serious levels of buzz.

As you can see below, Evan Rachel Wood has been cast as Madonna during her peak Material Girl years, and that’s just the tip of a hugely exciting iceberg.

Rainn Wilson has been set as Dr. Demento, veteran character actor and vastly underrated comic Toby Huss will play Al’s father Nick Yankovic, with Emmy-winner Julianne Nicholson as his mother Mary. That’s an incredible array of talent for what’s shaping up to be a must-see biopic, despite Roku’s relative lack of mainstream prominence.

There’s no release date in place as of yet for WEIRD: The Al Yankovic Story, but based on how quickly things are coming together behind the scenes, we might be seeing the finished product before the end of 2022.