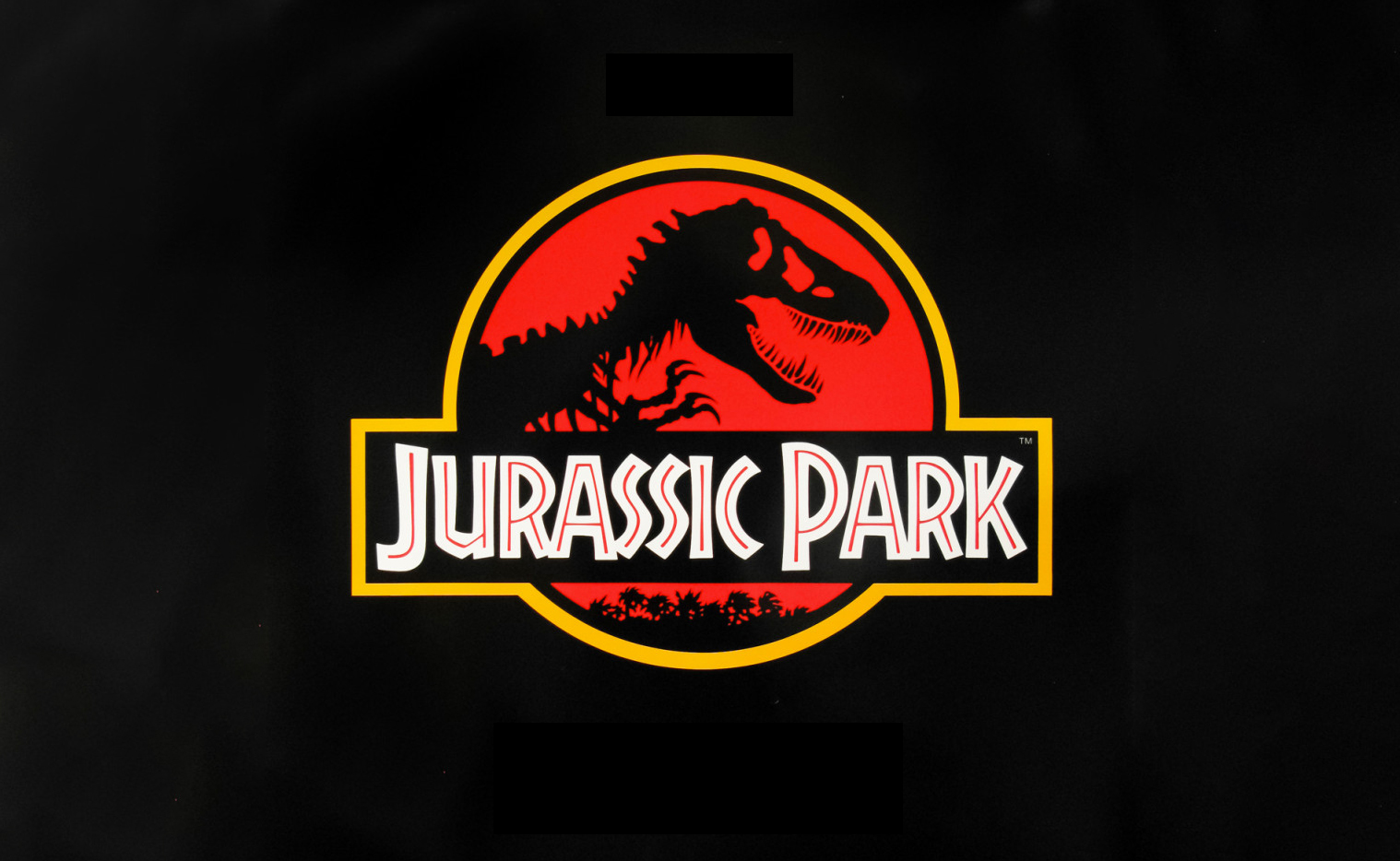 Jurassic World Dominion has now stomped into theaters, concluding the second trilogy of Jurassic Park movies. The franchise’s lineage stretches back to Michael Crichton’s bestselling 1990 novel, which is worth a read if you want a cynical and gory version of the original movie.

Crichton’s book was popular in its own right, but Steven Spielberg put Jurassic Park permanently on the map in 1993 and it’s been a gargantuan box office success ever since. How do the films stack up against each another? The number one spot won’t be hard to guess, but you might be surprised where some of the other entries fall.

Hold onto your butts as we roll into Jurassic Park.

Fallen Kingdom is easily at the bottom of the pile, but not a complete waste of time. It has a rock-solid central conceit of Isla Nublar facing an impending volcanic eruption and the world has to figure out what to do with the dinosaurs. This provides a tense time limit, some chewy philosophical discussion, and is a welcome shift away from nostalgia.

The eruption takes place midway through the movie and director J.A. Bayona nails the elegiac tone, especially in the scene in which the humans on the evacuation boat stare back at Isla Nublar to see an abandoned Brachiosaur being swallowed by volcanic fumes as it mournfully cries. That’s good stuff, but the rest of the movie? Hoo boy.

The recent movies have focused on the military-industrial complex’s ambitions to weaponize the dinosaurs, a story strand that relies on audiences not thinking about the practicalities too much. Fallen Kingdom rubs it in your face, particularly with the Indoraptor, a newly engineered killer dinosaur that’s trained to kill whatever you shine a laser pointer at. As most audience members instantly realized, if you’re able to point a laser at what you want to kill, why not just shoot them and not bother with the dinosaur?

Then there’s the misconceived “haunted house” sequences, the introduction of human cloning to the story, and ⏤ for the first time ⏤ the depressing feeling that the Jurassic Park menagerie wasn’t so wondrous after all. Let’s hope that Dominion is a substantial improvement upon its predecessor.

After Jurassic Park became the highest-grossing film ever, a sequel was inevitable. And so, with dump trucks full of cash dropped off at Crichton and Spielberg’s door, work on what would become The Lost World began. The core idea of both book and movie is that the Isla Nublar park was the public-facing side of InGen’s plans, with the actual dinosaur engineering and research taking place on “Site B,” Isla Sorna.

When Jeff Goldblum’s Ian Malcolm learns his girlfriend has gone missing on the island, the stage is set for a new adventure, which coincides with InGen planning to capture the dinos and bring them to “Jurassic Park: San Diego” for exhibition.

There are some fun sequences, but while watching, you can tell that Spielberg is going through the motions. The Lost World came sandwiched between Schindler’s List, Amistad, and Saving Private Ryan, and you can tell his mind was on meatier matters than dinosaurs, something he later confirmed in interviews.

“I beat myself up… growing more and more impatient with myself… It made me wistful about doing a talking picture, because sometimes I got the feeling I was just making this big silent-roar movie… I found myself saying, ‘Is that all there is? It’s not enough for me.'”

The Lost World isn’t a stinker, but it’s a big step down from Jurassic Park. Perhaps Spielberg should have stepped aside and let someone else take the reins.

After a 16-year hiatus, Colin Trevorrow brought the franchise back in style. Jurassic World has a killer premise: what if Jurassic Park had worked and been operating without a hitch for years? Trevorrow explained that the genesis of his story was a piece of concept art of a bored teenager staring at their phone while a dinosaur is exhibited in front of them. As the movie begins, we see that InGen’s dinosaurs have indeed lost some of their novelty ⏤ a reflection of real-world audiences who have been inundated with CGI beasts since Jurassic Park, not to mention contemporary humans who are more absorbed with their cellphones than what’s happening in real time all around them.

The solution is the Indominus Rex, a flashy, fake, genetically engineered dinosaur designed to out-chomp the T-Rex and outsmart the Raptors. But when hubris comes a-knockin’, things rapidly fall apart.

There’s a lot to nitpick in Jurassic World, though for us the movie has a lot going for it. Sure, the direction isn’t anywhere near as majestic as Spielberg’s, the new characters are of variable quality, and the script isn’t as sharp as the original, but even so, the exploration of the old “Jurassic Park” visitor’s center is nostalgia-tickling fun, it’s nice to see the dinosaurs themselves get a smidge of character development, and the attention to production detail in the Disney-esque park design is second to none.

Jurassic World reanimated the old bones of Jurassic Park, grossed $1.6 billion, and is currently the seventh-highest grossing movie of all time. Not a bad job, all things considered.

After the brutal reviews (it’s ended up at around 30% on the Tomatometer) we went into Dominion with low expectations. Perhaps that’s why we enjoyed it so much: Dominion is by far the stupidest movie in the series but when we’re presented with a ludicrous James Bond-style motorcycle chase through the dusty streets of Valletta involving a laser-guided Altociraptor hit squad we can’t help but smile.

More than any other entry Dominion feels like (and is shot like) a theme park ride, complete with multiple dino jump scares, rollercoaster vehicle sequences, ridiculously contrived setpieces, and a very loose relationship with the laws of physics. But at least it’s having a lot of fun in tossing a new and terrifying prehistoric genetic monstrosity at its bulging cast of human characters every 15 minutes or so.

Plus simply seeing Sam Neill, Laura Dern, and Jeff Goldblum back in action is a treat. Nobody’s going to pretend Dominion is a great movie, but it’s a silly summer blockbuster bristling with cool dinosaurs and weird setpieces and we think way better than the critics are making out.

Hear me out! Joe Johnston’s Jurassic Park III opened to middling reviews and remains the lowest-grossing movie in the franchise. It also has a poor reputation amongst fans, which appears to be largely due to the beloved T-Rex getting killed off early in the movie by the new top carnivore in town, the Spinosaurus. That still smarts a little, though the fact that we now have a new Jurassic trilogy filled with hot Rex action goes a long way to soothe the pain.

And, taken on its own merits, Jurassic Park III is a fun and fast-paced adventure movie. Johnston ditches most of the high-minded themes about scientific ethics in favor of a 90-minute rollercoaster ride of scaly scares. It also sees Sam Neill returning as Alan Grant, a cameo from Laura Dern’s Ellie Sattler, and fun support from William H. Macy and Téa Leoni. The only objective criticism is that the story just abruptly ends when the Navy shows up to save the day. Roll credits.

In recent years, Jurassic Park III has been reevaluated by critics and fans, with many finding its compressed pace refreshing when contrasted against bloated three-hour blockbusters that drag their heels in getting to the action. So, if you’ve written off Jurassic Park III, give it another whirl, as we think it’s a seriously underrated movie.

Was there ever any doubt that this would top the list? Jurassic Park was instantly recognized as a great film upon release and has aged like fine wine. It’s hard to find a valid criticism: Spielberg has an obvious childlike glee in bringing dinosaurs to the big screen and clearly shares his characters’ sense of awe and terror, the script and editing are a masterclass in pacing and tension, every single character is fun (even the child characters are tolerable!), and it’s full of thematic resonance that makes it a great watch long after the shine has gone from CGI dinosaurs.

But even they are still impressive to this day thanks to the innovations of both ILM and Stan Winston’s creature studios, with Spielberg smartly and appropriately combining CGI and gigantic animatronics. While most people nowadays will watch Jurassic Park at home, we think it’s a movie that belongs on the big screen, so it’s fortunate that it frequently returns to theaters. We were lucky enough to catch the 3D remaster on IMAX in 2013 and the T-Rex roaring through that sound system zapped us right back to how dazzled we were back in 1993.

Beyond its merits as a movie, Jurassic Park is also a 1990s cultural touchstone and produced an insane amount of merchandise, marketing tie-ins, and cultural homages. Its place in movie history was proven by both the Library of Congress, which deemed it “culturally, historically, or aesthetically significant” when it inducted the movie into the National Film Registry in 2018, and by the Jurassic World trilogy comprehensively mining it for nostalgic value.

Dominion is by no means the end of all things Jurassic. Producer Frank Marshall has confirmed that while the new movie will wrap up the story, it isn’t an endpoint, but rather “the start of a new era.”

That said, it seems likely that the franchise will now take a long break, potentially something similar to the 14-year gap between Jurassic Park III and Jurassic World. Whatever else happens, these six movies make for a fun watch, even if the original is light years ahead of everything that followed.