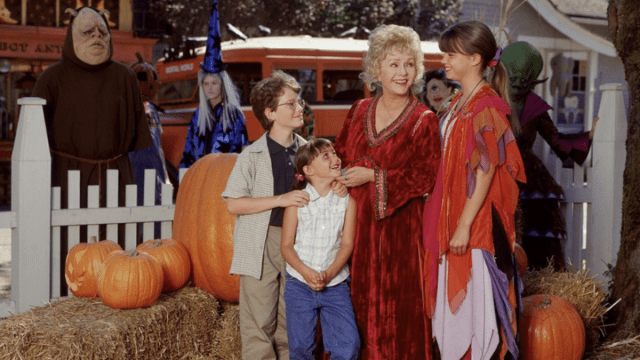 Amongst a plethora of bingeable Halloween content that Disney has provided throughout the years, the ever-popular Halloweentown franchise reigns as one of the most beloved Halloween franchises fit for viewers of all ages. The film series initially debuted back in 1998 with Halloweentown, with its premise focusing on 13-year-old Marnie Piper and her eventual realization of being a witch. As the story unfolds, Marnie learns of her witching abilities from the teachings of her grandmother Aggie Cromwell, who is also a renowned witch and lives in Halloweentown.

As the franchise expanded, so did Marnie’s overall story. As a result, the franchise carried well into the 2000s and became a certified Halloween classic amongst moviegoers around the world. And with four ever-popular films in the long-standing franchise, there’s no better way to explore this year’s spooky season than by dissecting each movie and definitively ranking the series’ undisputed best. So, here is every movie in the Halloweentown franchise, ranked.

Despite being the most modern Halloweentown movie in the decorated franchise, Return to Halloweentown unfortunately rings in as the worst. Perhaps it was the movie’s complex plot that caused it to tank, or maybe it was the head-scratching recasting of Marnie Piper that established the nail in the coffin. Either way, the Disney Channel movie failed to resonate with viewers who once appreciated prior chapters in the franchise. Instead, the movie’s plot involved an unnecessary time-shifting focus that watered down the authenticity and attraction of the series’ original lineup. As a result, Return to Halloweentown casts a spell at the bottom of the pile.

While Halloweentown High is far from being the worst film in the legendary series, it should hardly be considered as the best — or even close to it. The film does boast some promising moments, however, with the location change to high school helping to prevent its traditional premise from becoming stale. On the other hand, it’s possible that the film’s drastic setting change is exactly what killed the franchise’s momentum as a lovable children’s classic. Instead, with Marnie and the gang now reaching teenage territory, it became harder for younger fans to relate on a base level. Still, the third movie features a handful of genuinely humorous moments that maintain the series’ charm.

As the movie that truly started it all, it would be a complete disservice to Marnie Piper and Aggie Cromwell to not place the original near the top of this fun-filled list. In the 1998 Halloween staple, 13-year-old Marnie Piper senses her abilities to practice witchcraft and create objects using spells tossed around in her mind. Luckily for Marnie, her intuitions prove to be correct after a visit from her grandmother on Halloween night confirms that she is indeed a Cromwell Witch. With its larger-than-life impression amongst children and eye-popping visuals, Halloweentown is undoubtedly a glamorous gem in the franchise — although its follow-up definitely takes the cake.

It’s certainly hard for a sequel to match the appeal and vigor of the original, yet magically, Halloweentown II definitely surpassed its predecessor on all levels. In the follow-up fantasy extravaganza, Marnie has indulged in her witchcraft powers and has been practicing steadily with her grandmother Aggie. However, an all-powerful threat poses serious damage for the whole of Halloweentown — which is being led by Kalabar’s son Kal. Kal, much like his father Kalabar in Halloweentown, has intentions to take over the mortal world and rule it as an evil dictator. And while the plot is certainly an intriguing part of the movie, it’s the gripping narrative and enchantment of the original characters that helps the sequel stand on its own feet.