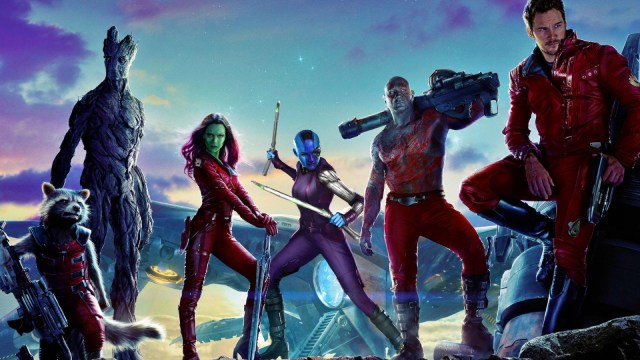 Over the last decade and a half, the Marvel Cinematic Universe, also known as simply the MCU, has evolved into a massive franchise unlike any other. And among the many heroes and villains that fans grew to love, one certain group of misfits definitely takes up a soft spot in our hearts: the Guardians of the Galaxy, first introduced with their own origin movie in 2014.

With the Guardians about to get their own holiday special on Disney+ this week, it looks like the perfect time to revisit their earlier appearances in the MCU.

If you haven’t watched them all yet, beware: some spoilers might be included.

All MCU appearances of the Guardians of the Galaxy

It all starts with a mysterious Orb. Intergalactic outlaw Peter Quill, also known under the moniker Star Lord, steals it from an abandoned planet, and all hell breaks loose when he tries to sell it. In addition to the trained assassin Gamora, who was sent to retrieve the stolen Orb, an unlikely duo of bounty hunters also joins the fight: Rocket, a genetically modified raccoon, and Groot, a humanoid tree-like being.

They are all detained in prison, where they meet Drax the Destroyer, a mercenary with some mutual enemies. The five get together and flee, taking Quill’s ship to fulfill their individual missions.

Sticking to the humor and the great soundtrack that made the first Guardians of the Galaxy so great, Guardians of the Galaxy Vol. 2 takes the group to a mysterious planet where they meet Ego, a Celestial being who just so happens to be Quill’s father. As he learns more about his past and history, Gamora and her estranged sister Nebula, previously an enemy of the group, begin to work together. This movie is also where the character of Mantis, a creature with empathic powers, is introduced and becomes a part of the Guardians.

The Guardians’ first encounter with the rest of the Marvel heroes comes in Avengers: Infinity War. They join the fight after responding to an Asgardian distress call and rescuing Thor, who was trying to protect one of the Infinity Stones from Thanos.

When it all seems lost, Nebula and Rocket travel back in time with the other Avengers who survived Thanos’ attack, attempting to get to all the Infinity Stones before he does. The rest of the Guardians appear in that alternate timeline, in callbacks to the first Guardians of the Galaxy, and in the final battle.

The second episode of season one, titled “What If… T’Challa Became a Star-Lord?,” brings back characters like Yondu, Ego, Kraglin, Taserface, and Nebula. It plays on the idea of Star Lord’s origin story and what would happen if the Ravagers, sent to Earth by Ego in the 1980s, mistakenly took T’Challa instead of Peter Quill.

That leaves us with the new hero Star Lord T’Challa — who also appears in season one, episode nine, “What If… the Watcher Broke His Oath?,” along with the other “Guardians of the Multiverse.”

After joining the Guardians at the end of Avengers: Endgame, Thor departs to New Asgard to protect it from Gorr, the God Butcher. The team is not the focus of this movie, but they are in it.

A Disney+ exclusive series of animated short films featuring two members of the squad: Baby Groot and Rocket. The idea is to explore more of the Baby Groot character, specifically all the hilarious ways in which he can get in trouble when no one is looking.

Upcoming MCU appearances of the Guardians of the Galaxy

The Guardians of the Galaxy Holiday Special (2022)

With Christmas approaching, Drax and Mantis try to find the perfect gift to make a sad Peter Quill happy again. And they happen to have someone in mind: Hollywood legend Kevin Bacon.

Set to release on May 5, 2023, Guardians of the Galaxy Vol. 3 is the final movie to be made for the squad, at least for the near future. Specifically addressing the aftermath of Endgame, Star Lord is still grieving the loss of the old Gamora. But he must get the team together on a mission to “defend the universe and one of their own” — whatever that means.