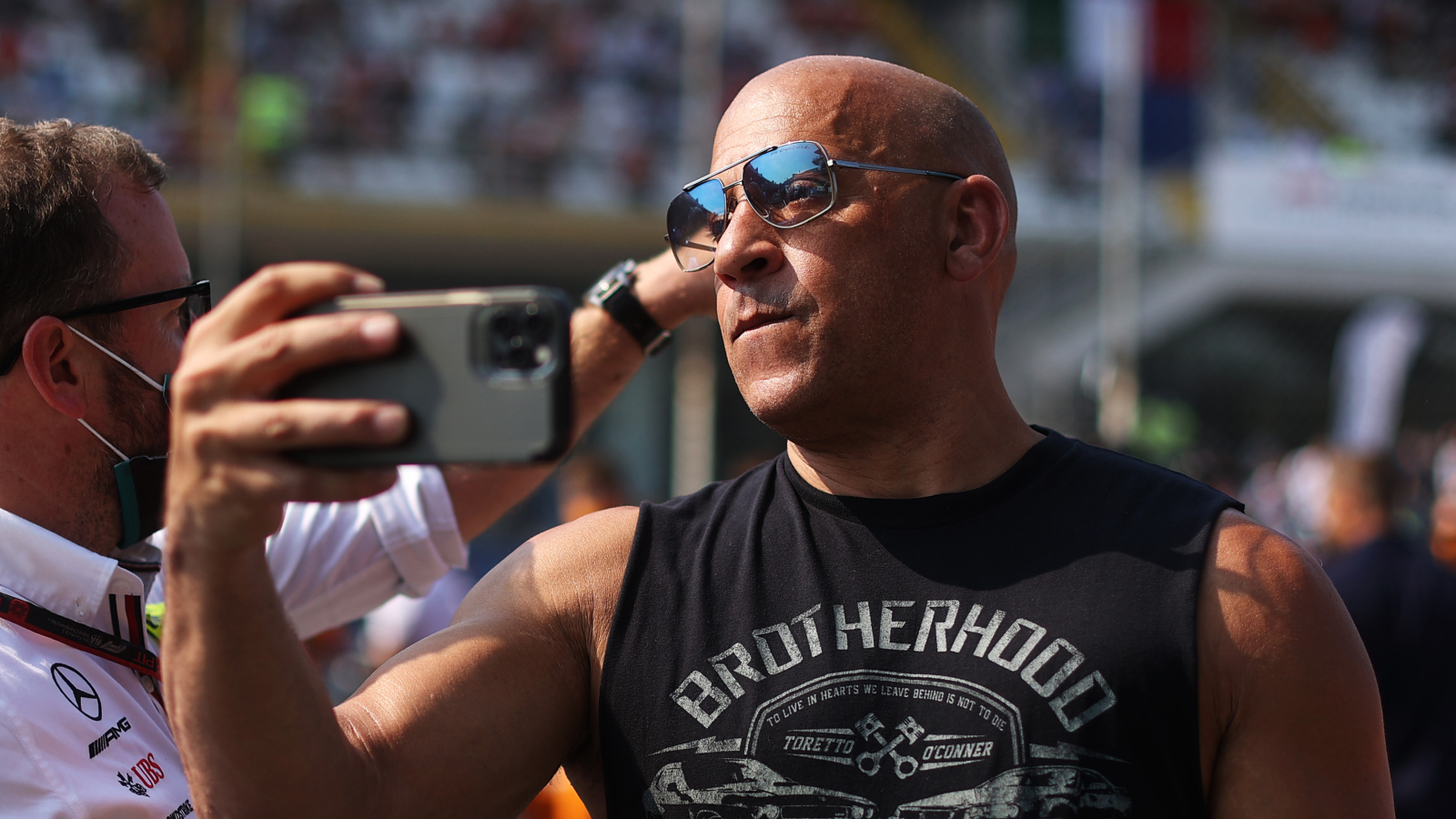 Vin Diesel, the man behind the wheel of the billion-dollar Fast & Furious franchise, isn’t slowing down anytime soon.

California born, New York raised Diesel, originally named Mark Sinclair, has been a prolific presence on the big screen for decades now, originally making his mark in Hollywood with the 1995 short film Multi-Facial that he wrote, directed, produced, and of course, starred in, netting him a notice from Steven Spielberg and his first real role in Saving Private Ryan.

In this year’s upcoming Thor: Love and Thunder, Diesel will play yet another version of the lively and animated tree Groot. Whether it be the adult, baby, or teenaged versions of Groot, it is amazing the versatility Diesel’s gotten out of the character with just the one iconic line: “I am Groot!”

There’s been plenty of buzz surrounding Thor: Love and Thunder lately, with the most recent teaser trailer showing us Groot along with the Guardians of the Galaxy fighting alongside, and even transporting, Thor to an unknown location. How much Diesel’s character and the rest of the crew will be in Thor: Love and Thunder remains a mystery though.

Thor: Love and Thunder will arrive in cinemas on July 8, 2022, and based on the trailer views alone, we can safely say it’s going to have some epic returns.

Guardians of the Galaxy Vol. 3

Director James Gunn addressed the wrapping of filming for Guardians of the Galaxy Vol. 3 on Twitter, saying that as of April 25, there were only “7 days left on #GotGVol3.”

The Guardians of the Galaxy Holiday Special will release this winter of 2022 on Disney Plus.

During a 2021 interview with Phase Zero – MCU, Diesel says that Groot will be returning to his home world, Planet X, during the holiday special. Other than that information, however, not much more is really known.

The Guardians of the Galaxy Holiday Special officially wrapped in April, 2022, as director James Gunn shared “one of the best wrap gifts ever” on his Twitter account.

Another gigantic production coming in 2022 is Avatar 2, the long-awaited sequel to the once blockbuster of blockbusters scheduled for release on Dec. 16, 2022.

While Diesel himself confirmed that he joined Avatar 2 back in 2019 on his official Instagram, it is not yet known what role he will play.

Thirteen years after Avatar broke new ground in the theater going experience, director James Cameron confirmed in a discussion with his The Terminator star Arnold Schwarzenegger at the 2020 Austrian World Summit that Avatar 2 is complete, and that Avatar 3 is “90 percent done.”

Originally the third, fourth, and fifth Avatar films were announced back in 2017 before the slew of delays that came with the COVID-19 pandemic. There is no telling if Diesel will be in the confirmed next set of Avatar films.

According to Disney’s release schedule, Avatar 3, after postponements, is scheduled to arrive two years after Avatar 2.

Diesel gets back behind the wheel for a 10th time in Fast X, reprising his most famous role of Dominic Toretto in the first of two movies set to conclude the Fast & Furious film series.

“Part of the reason why Fast X has to be broken into two different movies is because there’s so much ground to cover. There are so many places and so many locations in the world that we have to visit,” said Vin Diesel during a press event for F9.

After lengthy delays due to COVID, Fast X is slated to arrive in cinemas on May 19, 2023.

Muscle, currently in preproduction, seems to be the only true original film on the slate for Diesel.

Not much is known about Muscle, which could be referring to muscle cars, or to Diesel’s body, or both, except that it’s meant to be an action comedy directed by F. Gary Gray. Diesel previously worked with Gray on The Fate of the Furious (Fast 8, if you will), as well as A Man Apart back in 2003.

Diesel was at the F1 Grand Prix of Italy at Autodromo di Monza last year, taking selfies and showing off some muscles, so maybe this is a sneak peak of the inspiration for the film to come.

On top of movie work, Diesel is also starring in the video game Ark II, taking on the voice of character Santiago Da Costa. Ark II is slated for release in 2022 and is a sequel to the 2051 video game ARK: Survival Evolved.

In an interview with Games Radar last year, Diesel confirmed the fourth Riddick chronicle, and even alluded to possibly more Riddick video games from the series following Escape From Butcher Bay.

“David Twohy, he wrote a great script. It’s just a matter of timing when we get that opportunity to shoot that. But I believe we’re shooting that in Australia. And it would be the fourth chapter in that series, which would be awesome.

“We did have great success with Escape From Butcher Bay. It feels like an eternity ago now. But, I imagine that we would take advantage of the gaming space and add an extra chapter, but definitely, the [movie’s] script is already written. So it’s safe to say that we are moving towards filming the fourth chapter of Riddick.”