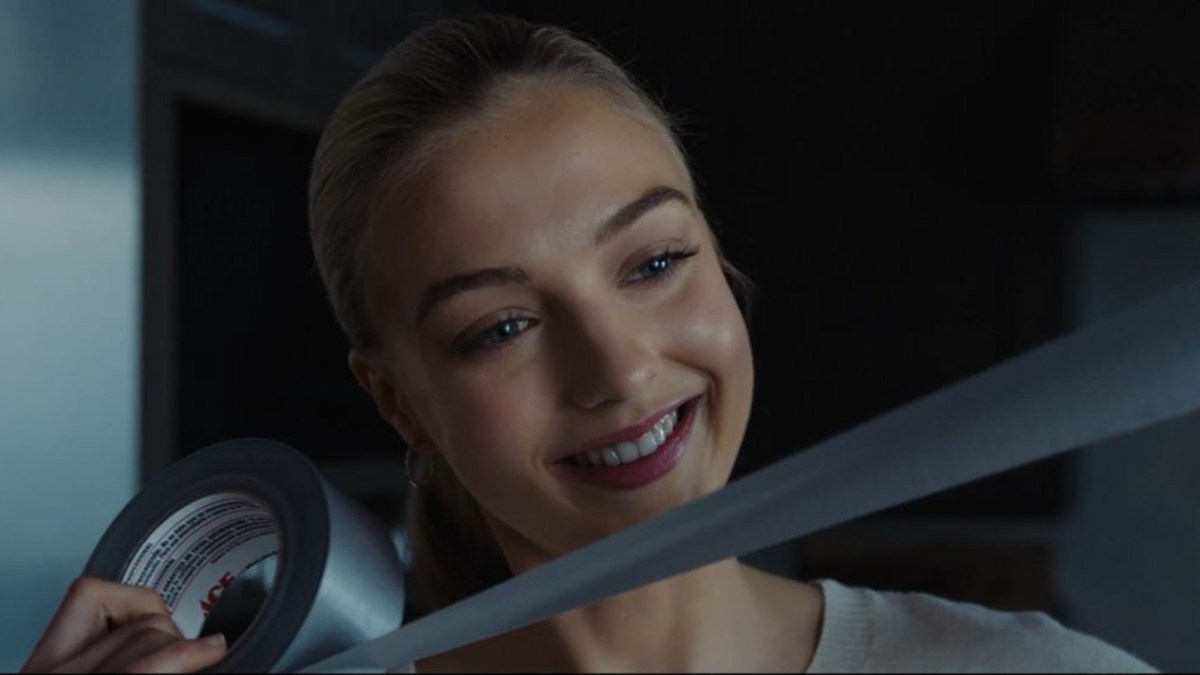 Director Luis Prieto says audiences going to see his new film, Shattered, releasing this Friday, should prepare to board a “crazy roller-coaster.”

In an exclusive interview with We Got This Covered, Prieto said his latest thriller is “in the tradition of the movies Fatal Attraction and Basic Instinct.”

“They have a very intense romance and then when everything seems that it was just perfect, it couldn’t get better …several things go sour and all of a sudden, you realize you are in a world where you didn’t expect it to be. And it’s just really frightening,” Prieto said.

Shattered marks one of the most prominent roles in Krug’s filmography so far, and according to Prieto, her performance in the movie is “amazing.” The film starts out like a fairytale romance, but as the film goes in an unexpected direction, so does the character of Sky.

The passion building between Chris and Sky takes a strange turn when Chris is injured and Sky quickly steps in as his nurse. What’s more, something more sinister seems to be afoot in the film with Sky’s increasingly odd behavior and her roommate mysteriously found dead.

“She’s so sweet, so wonderful, and then a second later, she can be the most dangerous and scary human being in the world that you don’t want to be alone with,” Prieto said. “So yeah, just amazing what she brings on camera and the chemistry that she has with Cameron.”

With Monaghan’s performance, which We Got This Covered focused on in an article that came out Monday, the director said the actor brings a kind of intensity that is rare to see.

“He’s just amazing and his role in the film is very difficult to play, because for a big portion of the film, he’s sort of like bound to a wheelchair. He just can’t move. So he cannot distract you physically, by just going one place to another,” Prieto said.

Prieto added about Malkovich, in an interview which We Got This Covered published Friday, will “blow your mind” in the film, hinting that his character has more to him than meets the eye.

“I think he’s one of these actors that seems that acting is effortless…So one minute you are talking to John Malkovich, the person, and then 30 seconds later you say, ‘action,’ and you get the character that he’s playing that has nothing to do with John Malkovich. It’s more convincing than John Malkovich himself, if you know what I mean.”

Prieto, who hails from Spain and started out making romantic comedy films in Italy, has helmed a number of different genres in film and television, including the 2012 England-filmed action movie Pusher, the 2017 Halle Berry-starring thriller Kidnap, and the Netflix mystery show White Lines. He’s also a director for the upcoming Peacock TV series Vampire Academy, from Vampire Diaries showrunner Julie Plec.

Shattered was filmed in Montana, which Prieto shared is not only “beautiful and amazing and gorgeous,” but also a setting in line with the movie’s themes. Specifically, it provides a beautiful backdrop contrasting sharply with some of the darker elements unfolding in the film.

“It’s dark,” Prieto remarked. “It’s a film where cruelty and violence take place. So that’s kind of like the contrast of both elements is what makes it very interesting.”

This contrast between beauty and darkness is also reflected in the plot of the film, starting out as a seeming storybook romance before making its turn.

“They have this beautiful love relationship, amazing, incredible, [that] everyone will dream to have in their lives,” Prieto said. “And then when it just cannot get better, it goes all the way around. There is a big twist in the movie.”

Monaghan’s Chris ends up going from being swept off his feet in a whirlwind romance to being in a “fight for survival — not only his, but also his family,” the director said.

“It’s just a crazy roller-coaster, it’s one of those movies where it allows you to bring a lot of thrills, violence at times, very cruel at times.” But, as he then added, “It’s also funny at times; there are some very funny moments in the movie.”

Watch Shattered when it comes to select theaters and on-demand starting Friday, Jan. 14. The film will also become available on Blu-ray and DVD on Feb. 22.

This article is the third and final one in a series with director Luis Prieto speaking about his new film Shattered.