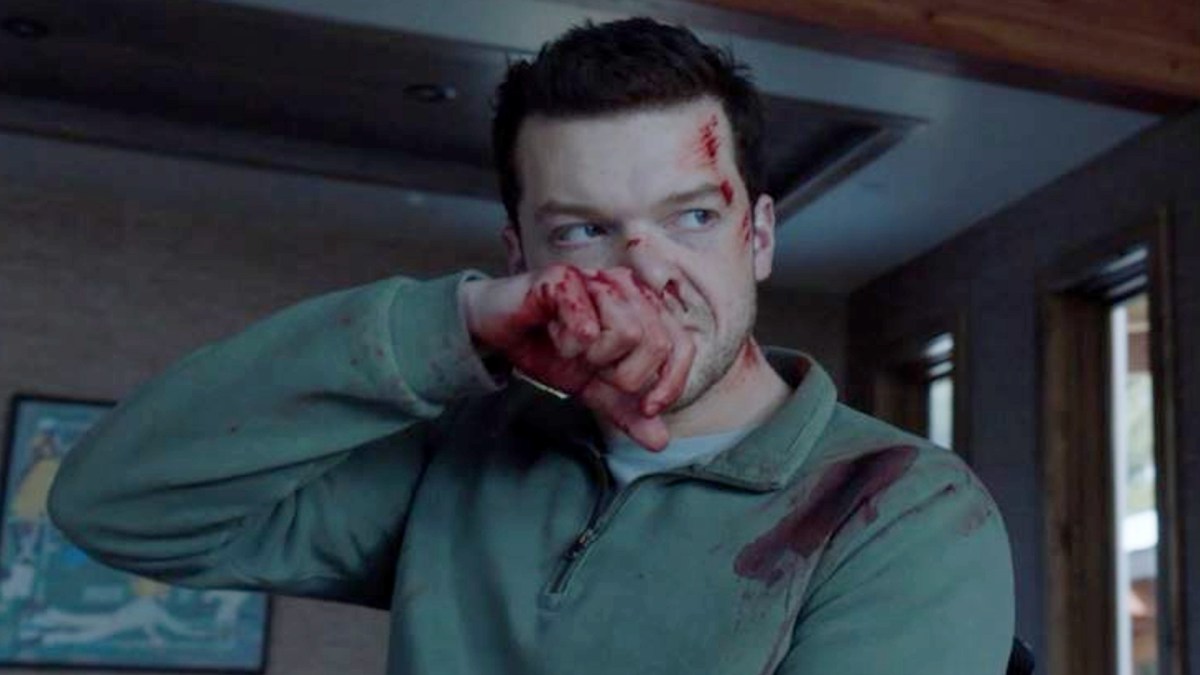 Actor Cameron Monaghan may be only scratching the surface of what is sure to be an illustrious acting career, but the 28-year-old already brings with him an intensity to his roles that is a rarity to witness on set.

That’s according to Luis Prieto, the director of Shattered, the femme fatale thriller releasing later this week

In our exclusive interview with Luis Prieto, the director lays out just what Monaghan uniquely brings in her starring role as Shattered’s protagonist.

In the movie debuting this coming Friday, Monaghan portrays Chris, a lonely tech millionaire who encounters the seductive Sky, played by Lilly Krug.

Explaining that Monaghan “really grew up as an actor and as a human being” with his decade-long experience in the show Shameless, the director said the actor is “very methodic.”

“He talks about the scene, you know, he needs to know everything in advance. He’s very precise,” Prieto said.

The director added that there’s nothing stilted about Monaghan’s performance, despite his studious nature.

“You say, ‘action,’ and there is nothing mechanical about it. Everything is fresh,” Prieto explained.

Monaghan is perhaps best known for portraying the somewhat unhinged-yet-endearing Ian Gallagher in Shameless. But he’s also helmed a hefty dual role of twin brothers Jerome and Jeremiah Valeska, high profile villains who seem to foreshadow the rise of Joker in the Gotham TV series, which is a prequel TV show set in the world of Batman before the caped crusader ever dons the cowl.

However, in Shattered, Monaghan’s Chris is a protagonist who must keep a cool head, despite some incredibly strange and high-stakes circumstances, including some of the characters surrounding Chris going off the rails.

In the film, as the passion between Chris and his new romantic interest Sky grows, things take a bizarre turn when he is injured and Sky quickly steps in as his nurse. But something more sinister seems to be afoot based on Sky’s odd behavior and her roommate mysteriously found dead.

Monaghan’s performance is all the more impressive due to the physical limitations of the role, Prieto said.

“He’s just amazing and his role in the film is very difficult to play, because for a big portion of the film, he’s sort of like bound to a wheelchair. He just can’t move. So he cannot distract you physically, by just going one place to another.”

The director added that it’s because of Monaghan’s heavy research and meticulous performance that he carries the part so well, demanding the attention of the audience despite being wheelchair-bound in portions of the film.

“I think he’s really intense in his performance,” said Prieto, who previously directed the 2017 Halle Berry-starring thriller Kidnap and episodes of the Netflix mystery series White Lines, among other works.

The director also said he tried to strike while the iron was hot in terms of getting the most visceral performance from Monaghan. That meant avoiding extended pauses in-between filming the wheelchair scenes when possible.

Academy Award-nominated John Malkovich, playing Sky’s creepy landlord Ronald also features in the film. (We Got This Covered explored Prieto’s take on what it was like working with the legendary thespian in our previous article.)

Be sure to check out Shattered when it comes to select theaters and on-demand starting Friday, Jan. 14. The film will also become available on Blu-ray and DVD on Feb. 22.

This article is one in a series with director Luis Prieto speaking about his new film Shattered. We Got This Covered will publish an additional story in the coming days.