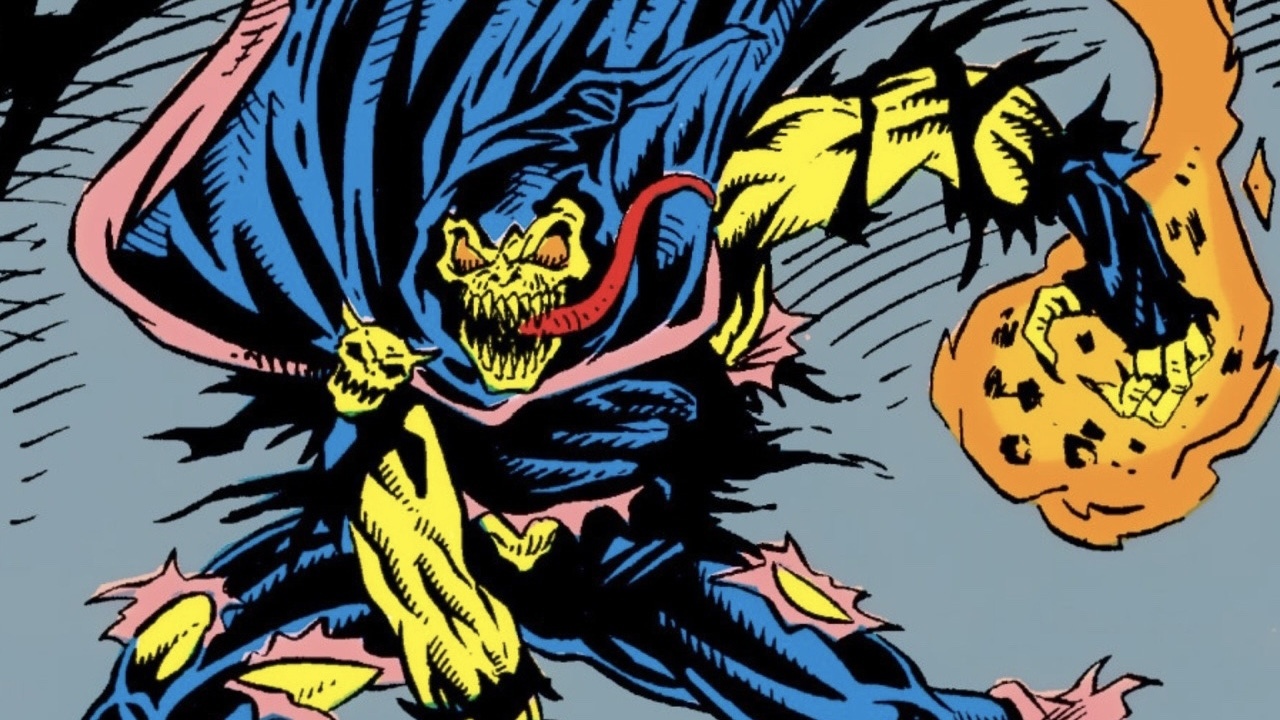 The MCU took a leap earlier this year when Dr. Strange in the Multiverse of Madness took on a more horror-centric approach than many viewers were used to, and introduced darker foes and plots. With the family-friendly nature of most of the movies in the cinematic universe, it may come as a surprise to many fans that there are some downright terrifying characters in the Marvel Comics.

Some of these characters, mostly villains, are a bit too dark and chilling to be introduced to audiences without bumping up the age-ratings. From cursed werewolves, to soul-sucking witches, and even a unique take on Lucifer, here are 10 Marvel characters that may prove a bit difficult to adapt into the MCU,

Demogoblin was created when Jason Philip Macendale Jr., also known as the Hobgoblin, offered his soul up to the demon lord N’astirh, in exchange for more power. The demon lord allowed Macendale to become possessed, and for a while his body achieved superhuman strength and speed. Due to the incompatibility of the human and demon form, Macendale’s body was ripped apart to allow the demon to escape and exist on its own. The Demogoblin is a ruthless villain and religious fanatic with a mission to bring punishment and death to those he considers sinners. A character like this, with a vendetta so scary, would prove extremely difficult to translate into a live adaptation.

Man-Wolf is John Jameson III, son of J. Jonah Jameson. While on a mission to the moon, he encountered a shiny gemstone, which he collected and made into a pendant. On the next full moon, the pendant, which he wore everywhere, caused him to turn into a mindless wolf-like creature. As each full moon comes along, Jameson would wreak bloody and terrible havoc on civilians around him. Unfortunately the stone grafted itself to his skin, and even though Spider-Man was able to tear it off, the curse soon returned. Man-Wolf is a bit of a gory menace, and while it’s possible he’s adapted into the MCU, he would have to be toned down a whole lot, to save viewers from the endless blood splatters at his hands.

Arcade may seem like a regular human and harmless addition to the terrible villains, but his twisted mind makes him worthy of this list. Arcade is a sadistic hitman who sells out his skills to murder heroes and civilians. He constructs complicated games he refers to as Murderworlds, which are designed to mess with his victim’s minds before killing them. An MCU version of this character would have to be incredibly sanitized or the movie rating would be bumped significantly higher. His true nature would work best in a horror thriller.

The Marvel comic incarnation of this classic centuries-old vampire is pretty ruthless. Vlad Dracula was already powerful before he became a vampire and amassed a cult-like following since his conversion. Clashing with other characters like Blade, Spider-Man, and even the Sorcerer Supreme, Dr. Strange, he is a fearsome character that would be difficult to adapt to the present MCU.

MCU fans have been clamoring for Mephisto to join the cinematic universe, but that is seeming less likely as they continue to unveil more projects. Mephisto is essentially one of the MCU’s versions of the Devil and is considered one of the strongest and most formidable foes in comic book history. His appearance alone warrants a significant bump in the age ratings, and his despicable qualities aren’t for the younger viewers. It would be a bit of a task for the MCU to properly adapt a character who is fueled by evil and whose main mission is to enslave human souls.

The Brood is an alien race of insect-like creatures traveling the cosmos and infecting other species with their spawn. The MCU has explored alien planets with adaptations like Guardians of the Galaxy and Captain Marvel, but The Brood are more malicious than anything our cosmic heroes have faced so far. Their character designs are gruesome, and they thoroughly enjoy causing harm and inducing fear. So much so that they would probably not be included in the MCU anytime soon.

Dr. Nathaniel Essex was a genius scientist who was turned into a mutant by Apocalypse. As Mister Sinister, he carried out experiments on mutants to understand their DNA for his scientific research. Mister Sinister is a mad scientist with no empathy, and if ever adapted in live action, he would have to be a much tamer version of his comic book self. Though his ability to create clones has led to some comical versions of himself in the comics, he is overall a terrifying villain.

One of the Fear Lords, Nightmare is a demon who feeds on human dreams and resides primarily in the Dream Dimension.  This primordial entity literally feeds on fears. He can torture humans in their dreams and even possess their bodies when he wants to walk on earth. He is an extremely manipulative villain and is portrayed as a being of pure evil, making him more suitable for a psychological horror movie than an MCU project.

These siblings are the children of the Marvel Comics’ version of Satan and a mortal woman named Victoria. They are extremely powerful, with Daimon being capable of multiple magical feats like telepathy and elemental control, and Satana being a soul-stealing succubus. While both have fought for the good guys many times, their powers and stories are often too scary for family-friendly movies.

Some may be familiar with Johnny Blaze from the Ghost Rider movies, but many MCU fans may not know that the character was actually based on a Marvel Comics character. A deal with Mephisto led to him becoming bound to the demon Zarathos, who turned him into the Ghost Rider every night. With a mission to judge evil people, Ghost Rider is a dark and broody protagonist that would probably be overwhelming for the younger MCU audiences. Gabriel Luna brought the character to life as the Robbie Reyes Rider for Agents of S.H.I.E.L.D., but he hasn’t been mentioned since the show ended.