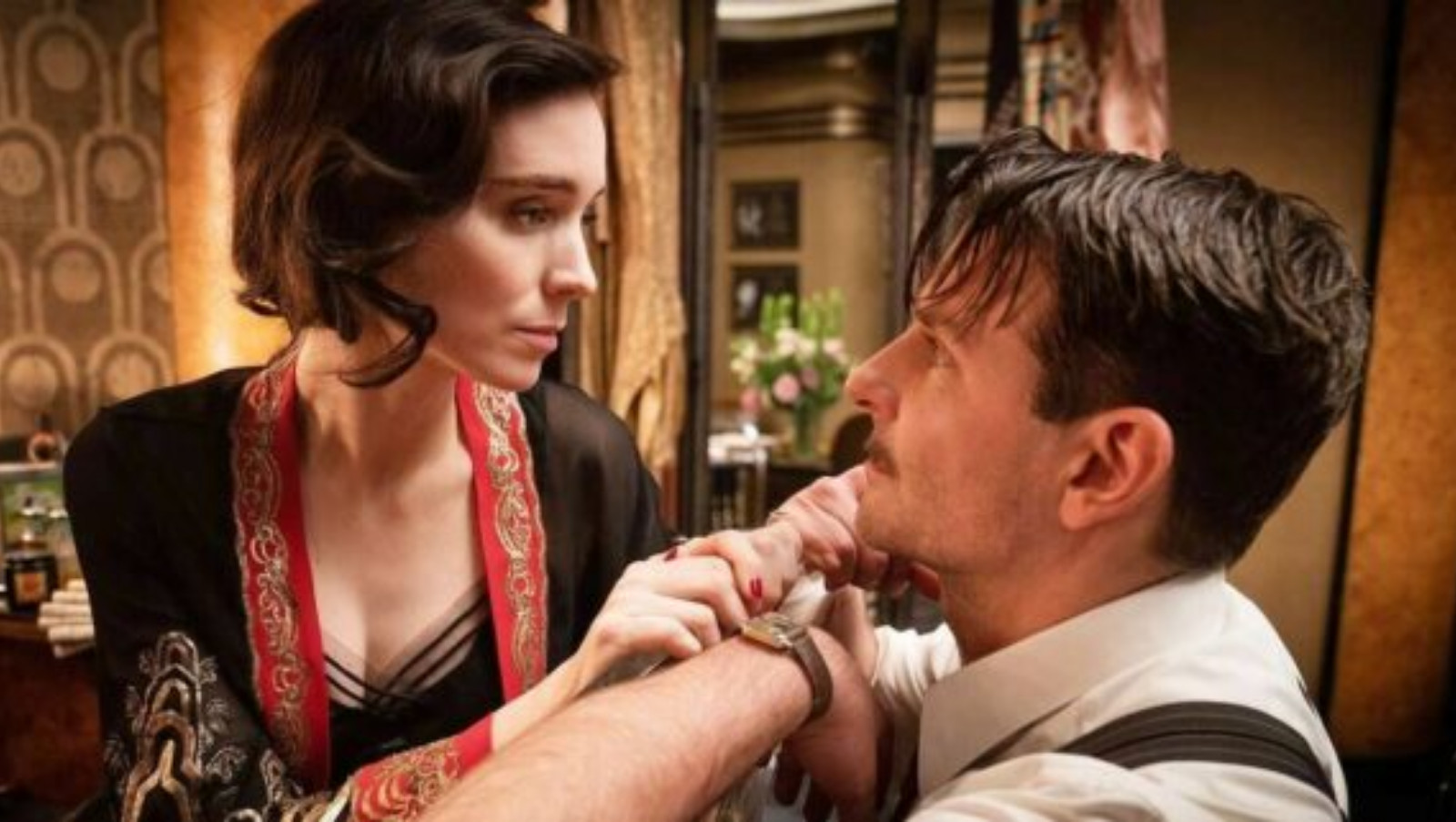 The figure of Willem Dafoe’s character Clem Hoatley was posted on Twitter, and packaged like a real action figure. The fan also posted a test jar piece of the baby Enoch character (that apparently exploded afterward), and another work-in-progress figure.

Nightmare Alley is a noir film set in 1940s New York about a man named Stanton “Stan” Carlisle (Bradley Cooper) who works at a traveling carnival. He befriends the clairvoyant Zeena Krumbein (Toni Colette) and her husband, mentalist Pete Krumbein (David Straithaim) and uses their knowledge for personal gain, swindling the wealthy to ascend beyond his stark surroundings.

The risk grows greater when he partners with psychiatrist Lilith Ritter (Cate Blanchett), and convinces a wealthy tycoon he can communicate with his dead loved one. Stan ignores signs from the beyond, and pleas from his wife Molly (Rooney Mara) to change his path, but his pride and greed are too strong for him to pull away.

Dafoe’s Clem, who runs the “Human Freak Show” at the carnival, befriends Stan, who at the beginning of the movie doesn’t have the money to pay for the show. Clem’s action figure costume is rendered realistically, as the character wears leathers and a black hat.

As for the Enoch figure, Stan is told that the strange, unborn baby with an eye in the center of its forehead preserved inside of a jar killed its mother during childbirth, and reminds him of his own past sins.

While the film didn’t do well at the box office, Nightmare Alley was favorably reviewed, and is nominated for four Academy Awards including Best Picture, Cinematography, Production Design, and Costume Design. But with such powerhouse performances, it’s a wonder why none of the actors received any nominations.

Guillermo previously won an Oscar for Best Achievement in Directing with 2018’s Shape of Water, and his next movie is a Pinocchio remake that comes to Netflix in December 2022.

Watch the mysterious twists and turns in Nightmare Alley,currently streaming on Hulu.