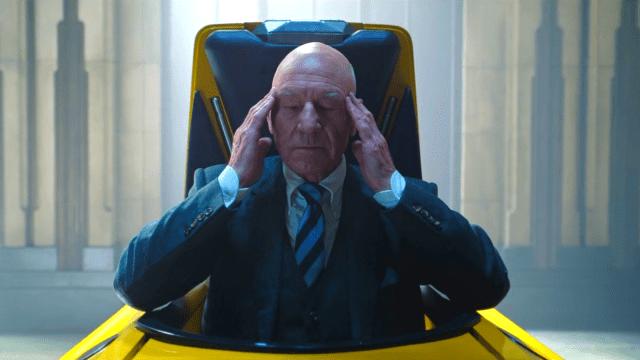 We’ve seen just a smidgen of mutants so far in the Marvel Cinematic Universe, and a new fan theory might just explain why that is, and it’s all because of a famous X-Men villain.

With just Professor X joining the cinematic universe so far, following Doctor Strange in the Multiverse of Madness, fans have been keeping their eyes out for any past and current references to mutants that have been lost throughout the genesis of the Marvel Cinematic Universe.

All we needed was for someone with heaps of knowledge to posit a truly massive fan theory to explain why the mutants have barely appeared so far. And it’s here. A Redditor has posted their theory that a certain Mr. Sinister is behind it all. Yes, that guy who the previous X-Men film series kept trying to build up to before Fox got acquired.

Redditor /u/HandBanana666 believes not only does Sinister exist already, but he was a former HYDRA agent. Because mad science in the MCU should always involve Hydra.

The theory goes massively in-depth, well beyond normal fan theory levels and shows an exquisite level of knowledge of the greater Marvel Comics universe, as well as the various X-Men adaptations to screen. An interesting caveat to this theory is that Earth-838’s Professor X was the last remaining mutant and that Scarlet Witch killing him does indeed fulfill the iconic “no more mutants” moment from the comics.

But, in all likelihood, this probably won’t end up being true. The only confirmed mutant series in the Marvel Cinematic Universe would be the upcoming Disney Plus X-Men ’97 reboot, which is part of a slew of animated originals set in the MCU. Others have theorized Professor X from Earth-838 is from the 1997 series, but that’s also yet to be confirmed.

Fans can view the back catalog of mutant films on Disney Plus.