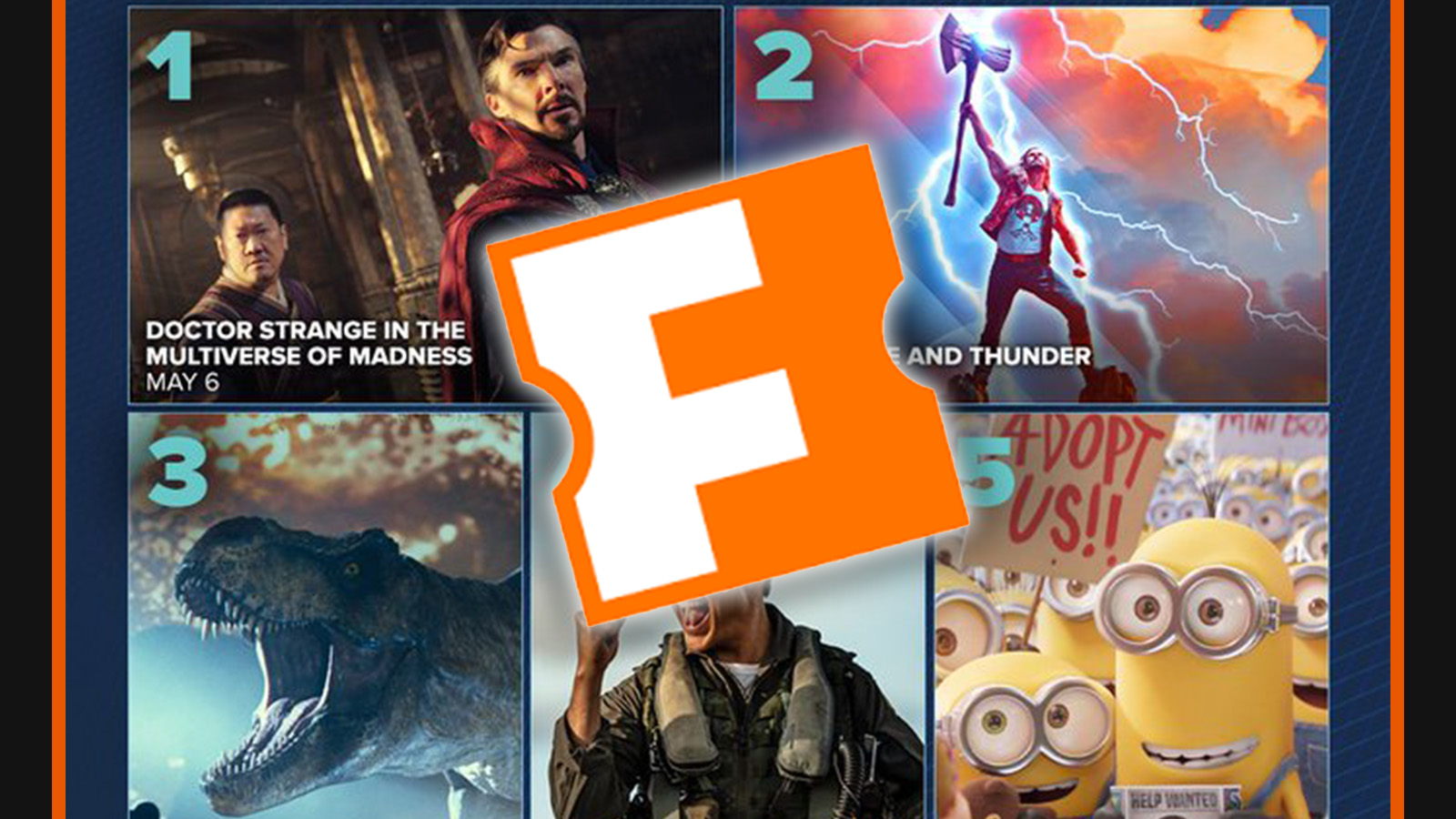 If there’s a company that would be in touch with what movie audiences want to see it would be Fandango, a movie ticket retail website that covers sales to more than 31,000 screens across the United States. Recently, the company took a survey of the movies its customers are most excited to see, and the results are perhaps less than shocking; people are very very excited to see Marvel movies and dinosaurs, and far less excited to see British people be passive-aggressively rude at each other.

If there’s one thing that the blockbuster box office successes of Spider-Man: No Way Home and The Batman have shown, it’s that post-COVID audiences are hungrier for men in costumes doing battle. The top spot on the list belongs to Sam Raimi’s forthcoming Doctor Strange and the Multiverse of Madness, the director’s first foray into superhero filmmaking since completing his Spider-Man trilogy in 2007. Coming in at number two is its Marvel stablemate, Thor: God of Love and Thunder.

At number three is Jurassic Park World Dominion, followed by Top Gun sequel Maverick, and then two animated childrens’ franchise films, the Dreamworks Minions Rise of Gru and Toy Story prequel. In fact, the list is so dominated by sequels and franchise movies that it’s not so much notable that standalone films place so low as it is that they appear at all.

Those standalones are Elvis, a biopic of the once-rock god Elvis Presley, Brad Pitt-starring action film Bullet Train, and Nope, a horror film from Jordan Peele. At the very bottom of the list is Downton Abbey: A New Era, a title which promises the launch of a franchise of its own.