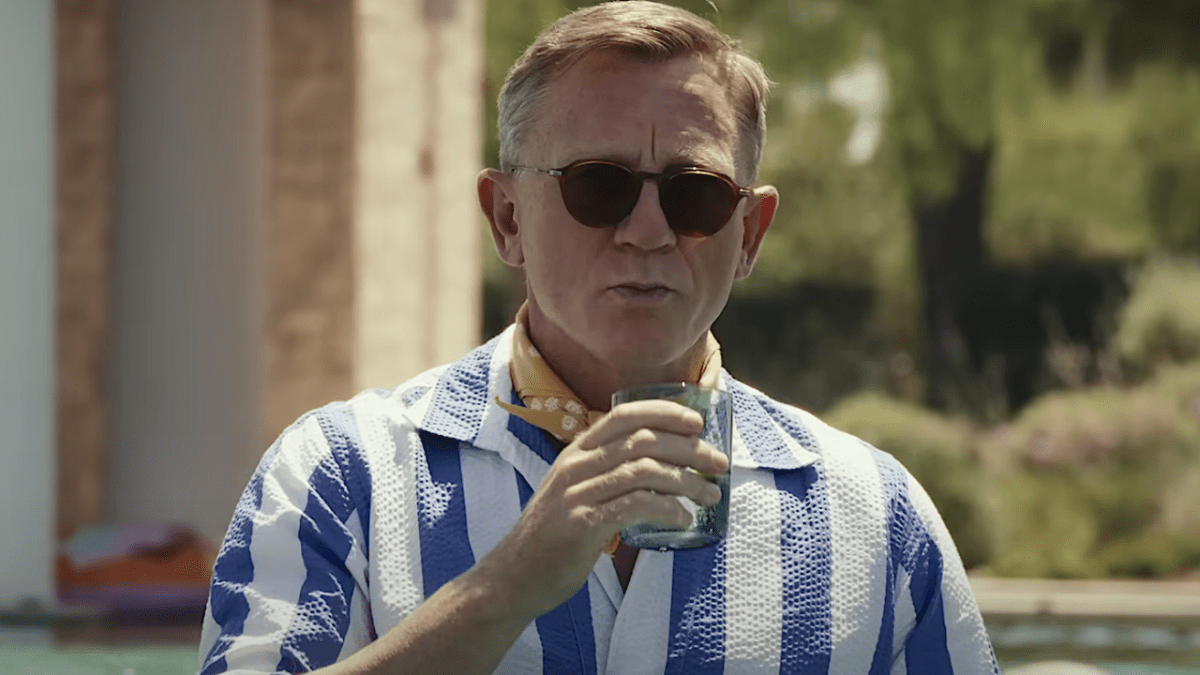 Glass Onion leaves behind the autumnal gloom of the first movie for a sun-kissed tropical setting, with a murder mystery-themed party on a Greek island taking the theme a teeny bit too far. Those watching it on Netflix are realizing that the critics and audiences who saw it during its brief theatrical release were right to praise it, and Daniel Craig is being singled out for some love.

Craig is, of course, primarily known for James Bond, but he’s carving out a new space for himself as the eccentric and oddly-accented detective. Could it be his best character?

Combining Craig and Janelle Monae is a great mix:

He’s as stylish as he is mischievous:

A scene for all ages:

Roll on Knives Out 3!

Glass Onion is shaping up to be one of Netflix’s most-watched movies of the year, which will make the $469 million Netflix paid for this and Knives Out 3 look like a smart business decision rather than a crazily expensive roll of the dice.

Now that Glass Onion is here, all eyes will turn to Knives Out 3. That’s in early development right now and planned to shoot at some point in late 2023. The release date is likely Christmas 2024, at which point Benoit Blanc will return to unpick yet another head-scratching mystery involving a huge group of talented actors.

Glass Onion: A Knives Out Mystery is now available on Netflix.