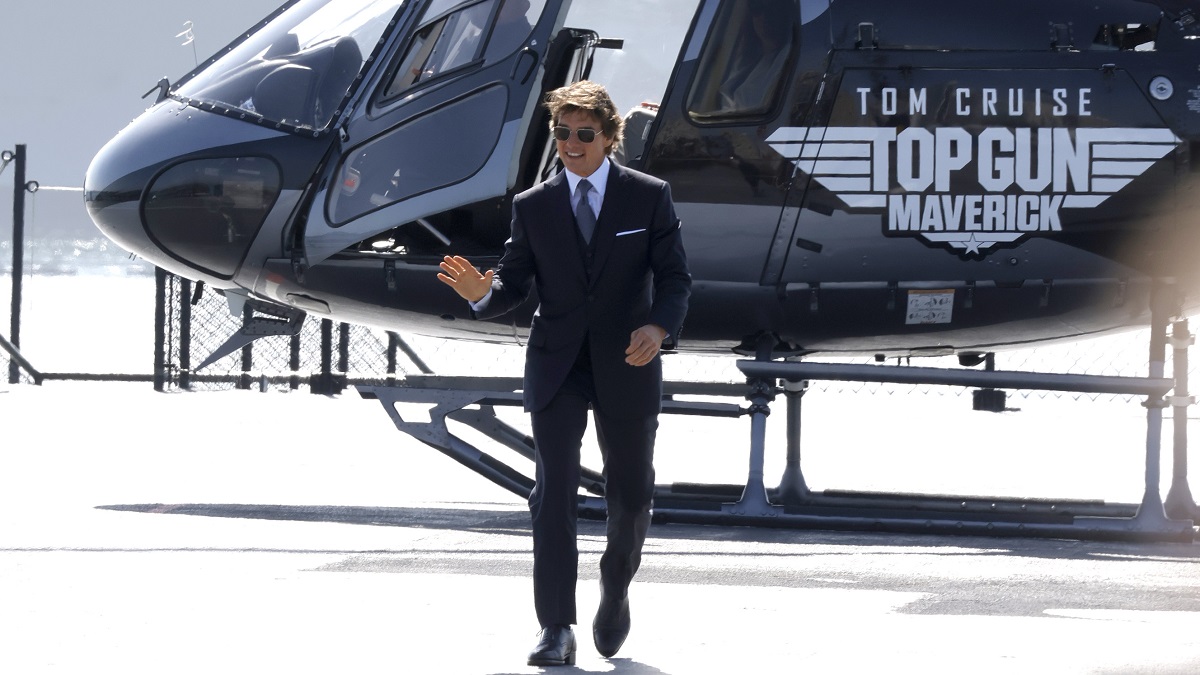 Tom Cruise is famous for doing Tom Cruise things, by which we mean dangerous and death-defying stunts that could realistically be performed by either a stunt double or CGI. The longtime A-lister loves nothing more than to put his safety on the line in the name of our entertainment, while he even showed up to the world premiere of Top Gun: Maverick in typical fashion.

Most stars would simply jump in the back of a limo to get to their destination, but not Cruise. Instead, the actor and producer opted to pilot a helicopter directly onto the deck of an aircraft carrier. Why? Because he can.

In fact, Cruise has been able to fly planes for a long time, but he spent hundreds of hours mastering another form of airborne transportation solely for the grandstanding finale of Mission: Impossible – Fallout, which of course meant that he also dangled himself on the outside when he wasn’t pulling off risky maneuvers.

The sequel to Tony Scott’s dog-fighting classic was initially scheduled to hit theaters in the summer of 2019, but the time has almost come for Pete Mitchell to soar back onto the big screen. Based on the early reactions, many of which have dubbed Maverick as an early contender for the year’s best blockbuster, it sounds as though it’ll be worth the wait and then some.

Cruise is currently in the midst of his longest onscreen sabbatical ever having been absent since 2018’s aforementioned Fallout, but Top Gun: Maverick and Mission: Impossible Dead Reckoning – Part 1 are bringing him back with a bang.