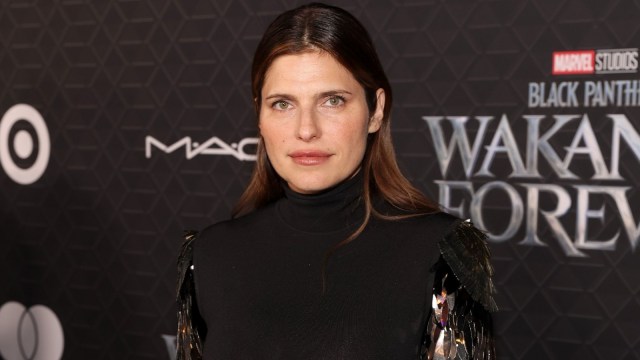 Lake Bell will officially play a character in the live-action Marvel Cinematic Universe thanks to an as-of-yet-unnamed role in Black Panther: Wakanda Forever. However, many MCU fans are hoping her role might be the first bellwether for Fantastic Four villain Dr. Victor von Doom officially entering the chat.

Up until very recently, it was only a mere rumor that Bell would be playing an MCU character in the realm of live-action. However, that rumor turned out to be true when Bell — who also happens to play Black Widow/Natasha Romanoff in the animated Disney Plus series What… If? — showed up to the Wakanda Forever red carpet event Wednesday night.

However, Bell was tight-lipped about what role she would be playing. In an interview on the official Marvel Entertainment YouTube channel, she described her appearance in Wakanda Forever as “Brief but with great energy and fervor and I couldn’t be more excited to be in the movie.”

In fact, Bell’s role is so mysterious that she isn’t even listed as part of the cast on Wakanda Forever‘s IMDb page at the moment. However, the still-unconfirmed status of Bell’s role did not stop fans from speculating on who she might be playing. Specifically, fans brought up the long-speculated rumor that she would be playing Lucia von Bardas, a character that is an ally to Dr. Doom and a Latverian politician in the comics.

Other fans across the internet made a similar assessment, such as one YouTube user who commented on the Marvel Entertainment video interview that Lake’s supposed appearance as Lucia will directly set up Dr. Doom in the MCU for future installments.

Bell’s distinct lack of a presence in promotional material for Wakanda Forever — as well as the actor stating her appearance would be “brief” in the movie — leads us to believe she could be part of one of Marvel’s famous end-credit stingers.

Another Twitter user was reading in between the lines a little too much when it came to finding any kind of clue related to Fantastic Four in the early reactions to the movie.

One commentator was absolutely convinced Doom may have been the catalyst for the battle between Wakanda and Talocan in the first place, with Bell’s appearance in the movie tying it all together.

Until more information officially comes out about Bell’s role in the movie, we will just have to wait and see if the rumors actually ring true. In the meantime, Black Panther: Wakanda Forever comes to theaters on Nov. 11.