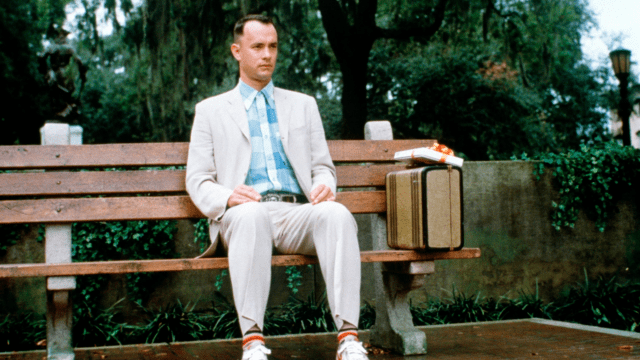 It takes quite a bit of digging to find a film as beloved, successful, and memorable as Robert Zemeckis’ Forrest Gump, the timeless classic in which Tom Hanks plays the titular gold-hearted protagonist as he bumbles his way through some of the most significant events in American history.

Nearly 30 years have passed since we first saw Forrest teach Elvis Presley how to dance, become an All-American, and hang out with the Black Panther party. Armed with a fair bit of history and cultural nuances that have popped up since 1994, fans of the film have begun hypothesizing what else Forrest may have gotten up to had the film just been released this year.

One user believed that the true mastermind of Apple’s trademark iPhone would have revealed themselves, likely by way of getting frustrated with any device that had too many buttons.

Another user suggested that Forrest would have survived one of the most frightening events in American history on the whims of sheer luck; what business he would have even had at the World Trade Center, we will never know.

One responder ran down a fairly comprehensive list of possible shenanigans that a present day Forrest Gump may have gotten up to, ranging from meetings with the Kardashian family, to discovering Eminem, to getting involved with Michael Jackson’s ill-fated This Is It tour.

However much we dream about Forrest Gump’s “what ifs,” the best we can probably hope for is a celebratory skit for the film’s upcoming 30th anniversary, and even that might be wishful thinking. Nevertheless, we won’t give up hope until Forrest Gump reaches its 40th birthday, thereby giving the protagonist another four decades’ worth of historical parties to crash; until then, we watch and wait.