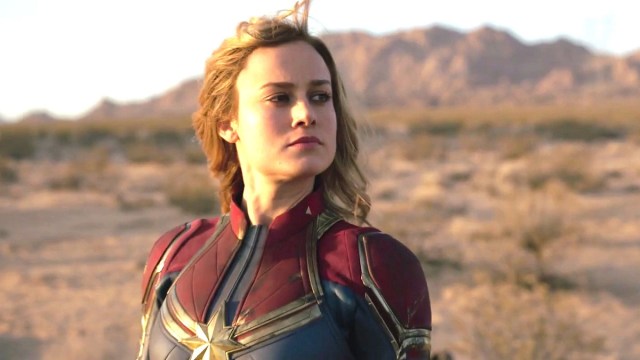 Warning: This article contains spoilers for the Ms. Marvel finale from the off.

We kind of expected it, but MCU fans are still losing it over the tag scene at the end of the Ms. Marvel season finale which saw Brie Larson drop by as Carol Danvers. Brilliantly, though, rather than having her simply turn up at Kamala’s house to get her help with something, the sequence saw Kamala and Carol mysteriously switch places, with Captain Marvel suddenly finding herself in the Khan home. We’ll find out what happens next in The Marvels.

But while the Captain Marvel sequel is bound to have a cosmic scope and take Kamala and her heroine off into space, fans are hoping that the movie will kick off a little more grounded at first and deliver the interaction between Carol and Kamala’s mom Muneeba — the real star of the series — that we all want to see. As Redditor u/AdamInChCh wrote, “If we don’t get Muneeba at the start of The Marvels giving Carol a massive bag full of food as she leaves, we riot.”

The dialogue writes itself.

Muneeba definitely wouldn’t know who is Carol is.

But, of course, Goose would eat it all.

The last time a Marvel TV show set up a movie in its post-credits scene, fans were left disappointed, as Doctor Strange 2 mostly chucked out all the potential of WandaVision‘s ending. So hopefully the studio learns from its mistakes and The Marvels picks up directly after Ms. Marvel leaves off. It would be criminal if the film skipped over a bewildered Carol being fawned over by the Khan clan. Although, that said, we’re also worried that Kamala’s just floating around in space somewhere.

Also co-starring Teyonah Parris as Monica Rambeau/Photon and directed by Nia DaCosta, The Marvels blasts into theaters from July 28, 2023.