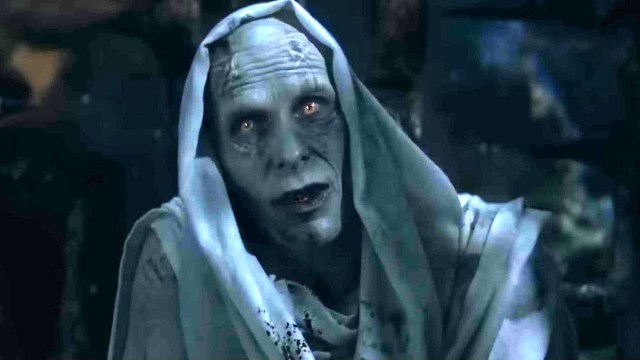 Christian Bale doesn’t seem like the type of person who would go viral on a regular basis, but the Academy Award winner and method actor has accomplished the feat several times over in recent weeks, thanks to his involvement in Marvel Cinematic Universe blockbuster Thor: Love and Thunder as the villainous Gorr the God Butcher.

Christopher Nolan’s Batman first gained inadvertently hilarious attention when he was asked for his thoughts on entering the MCU, to which he revealed that he had to ask somebody what the letters stood for when it was first brought to his attention, before succinctly stating that he “hadn’t entered sh*t”.

Bale’s performance as the slayer of deities has been singled out as one of the Love and Thunder elements to have been largely insulated from criticism, too, but the love-in hasn’t stopped there. During a recent interview with Empire, the 48 year-old once again reiterated that he remains largely clueless about the MCU, but he has seen “one of the films where there was a big bloke looking for stones”.

Naturally, fans have latched on to the star’s phrasing, and have demanded the Infinity Saga only be referred to as such from now on.

You get the distinct impression that once Bale wraps up his media commitments for Thor: Love and Thunder, he’s never going to pay a single shred of attention to the MCU ever again. After all, it’s clear that he’s fed up of being asked about Batman everywhere he goes a decade after hanging up the cape and cowl, so history is poised to repeat itself.