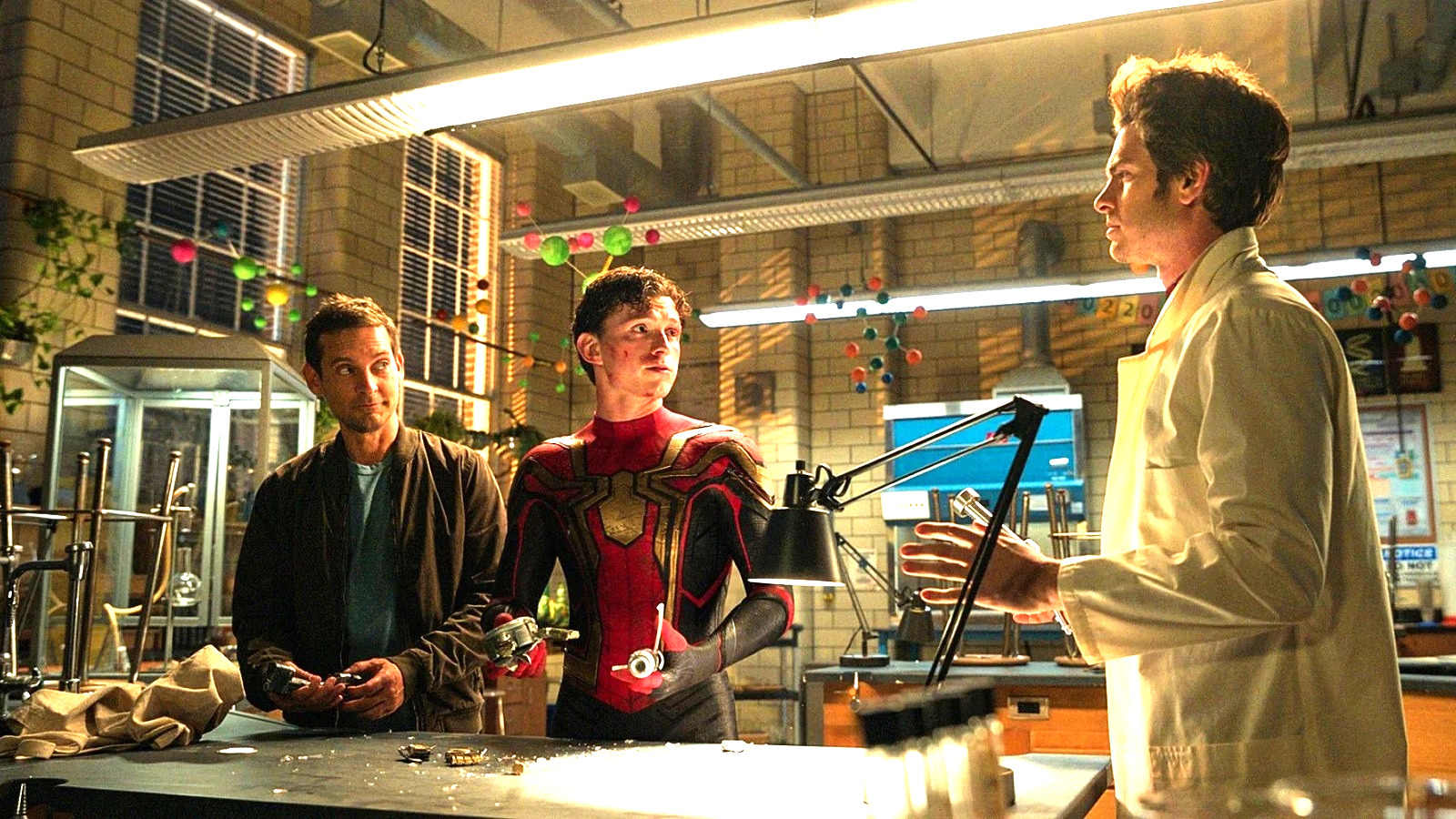 In terms of terrible movie titles, Spider-Man: No Way Home – The More Fun Stuff Version has definitely got to be up there, and that’s without even wondering if it’ll manage to live up to the promise of its own moniker.

After all, Marvel Cinematic Universe fans have been burned by a transparent cash grab before, when Avengers: Endgame returned to multiplexes in order to push itself across the finish line and claim the title of highest-grossing movie ever made, with the bonus footage little more than unfinished CGI and general fluff.

With that in mind, expectations should be tempered in regards to what No Way Home V2.0 is bringing to the table, but that hasn’t prevented the good folks over at Reddit from speculation on what “More Fun Stuff” could really mean.

Based on what we know about the production (and the various behind the scenes images to have landed online since), there’s a very good chance the scrapped fight scene between Tobey Maguire’s Peter Parker and Willem Dafoe’s Green Goblin will be put back in, which will make fans of the Sam Raimi trilogy very happy.

There’s at least one additional scene featuring Charlie Cox’s Matt Murdock, too, so that would also appear to be a lock. More Venom remains up for debate, while some of the more mischievous elements of the MCU fanbase have been calling for Sony to sneak in a cameo from a certain Michael Morbius for no other justifiable reason than sh*ts and giggles.