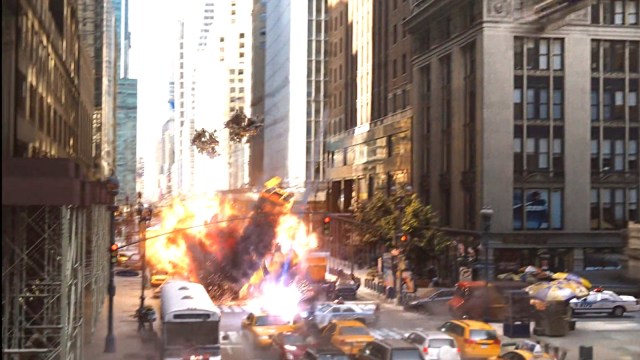 We’ve all seen the memes about superheroes “saving the city” and leaving a huge trail of destruction, devastation, and collateral damage in their wake, but how would that apply to the in-canon citizens of the Marvel Cinematic Universe?

You’d imagine that a massive amount of New York City residents, Sokovian nationals, S.H.I.E.L.D. employees, and property owners in general would be absolutely sh*tting bricks anytime a portal opens, or a superpowered smackdown between an Avenger and an intergalactic interloper takes to the streets.

With that in mind, Redditors have been pondering whether or not the general public of the 616 timeline can take out some sort of insurance policy in the event of untold devastation being caused by the latest in the never-ending string of battles to take place right outside their front doors.

The Falcon and the Winter Soldier sparked a huge debate over remuneration when Sam Wilson revealed that Earth’s Mightiest Heroes didn’t get paid for their efforts, and you’d expect insurance policies would fall under the same hotly-contested umbrella. After all, if the Hulk grabs your car and throws it at an alien, or Spider-Man gets thrown through several floors of your apartment building, there’s got to be a way of recouping some of the costs that would come from either repairs or relocation.

It’s a curious thought to say the least, but the longer you think about it, the deeper you get drawn into the rabbit hole of prospective ifs, buts, and maybes, although it’s not exactly unfair to say that compensation should be due.