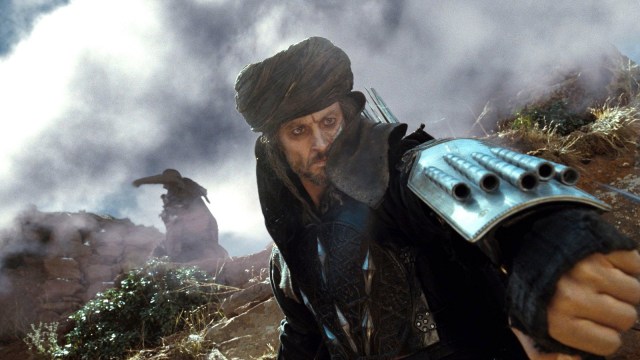 If you ever need concrete evidence as to why the video game genre is regularly labeled as cursed, then look no further than the fact the two most recent movies to hold the title of highest-grossing console-to-screen adaptation ever made both ended up losing money. Prince of Persia: The Sands of Time even held onto the record for six years before Warcraft arrived, and yet neither of them turned a single penny of profit during their respective theatrical runs.

It was blatantly obvious that producer Jerry Bruckheimer viewed the would-be franchise as his next Pirates of the Caribbean, albeit set in sandier climes, but even a $336 million haul at the box office wasn’t enough to prevent Mike Newell’s $200 million adventure from ending up in the red once Disney had crunched the numbers.

Jake Gyllenhaal has since expressed regret at his involvement, with the whitewashing backlash and all-round failure of the film putting him off the idea of starring in big budget studio projects for close to a decade. However, Prince of Persia does have some fans, and they’ve been digging through the dunes to try and find the positives.

As mentioned by the original post, the visual effects and cinematography do a great job of conveying an epic sense of scope, scale, and spectacle, while a couple of the action sequences are nicely put together. That being said, The Sands of Time offers nothing of substance to elevate it above mediocrity thanks to a flat script, unenthusiastic performances from everyone in the cast not named Alfred Molina, and the unshakeable sense that we’re watching a cynical exercise in IP-building, as opposed to a historical action flick that genuinely needed to exist.