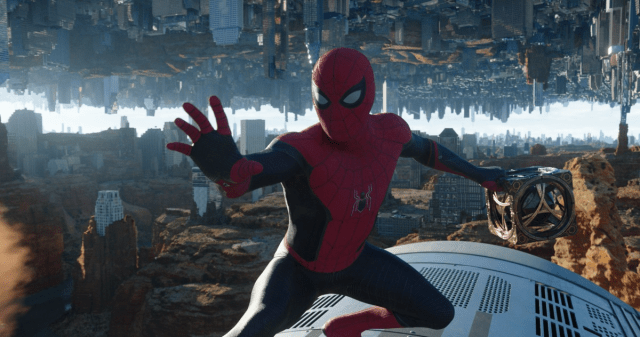 He’s got the athleticism, the skillset, the superpowers, and the heart to rank him among the MCU’s mightiest champions, but perhaps it’s Spider-Man‘s masterful grasp of mathematics that truly powers him to the top of Marvel’s food chain.

The webslinger pulled out some slick trigonometry tactics upon going rogue during the events of Spider-Man: No Way Home, where he wound up fighting his ally Doctor Strange within the depths of the Mirror Dimension. After besting Strange on his own turf using the power of triangles, Spider-Man sets off to cure the villains of their many ailments.

It was a masterful display of combat application, and one Redditor posed the question of whether Spider-Man’s obscure mathematical talents make him one of the strongest superheroes in the MCU.

The question sparked a particularly hefty debate, which eventually got some users asking how we even define “power” as we understand it in the MCU.

Some users pointed out that all aspects of a hero must be considered when talking about power, so Spider-Man would, evidently, rank quite high.

A few other responders pointed out that this fight with Doctor Strange was a poor metric to grade Spider-Man on, as neither party was giving it their all.

Others argued that a character’s power and character’s intelligence equate to two different things.

But one user, in particular, sought to lay down the law with the help of Mr. Marvel himself.

Regardless of how powerful he is, the fact that Spider-Man can add trigonometry to his superhero résumé is definitely one of the more impressive traits we’ve seen from the MCU’s cast of heroes; now, all we need is to watch him lay the smackdown on his next big bad with the help of multivariable calculus.