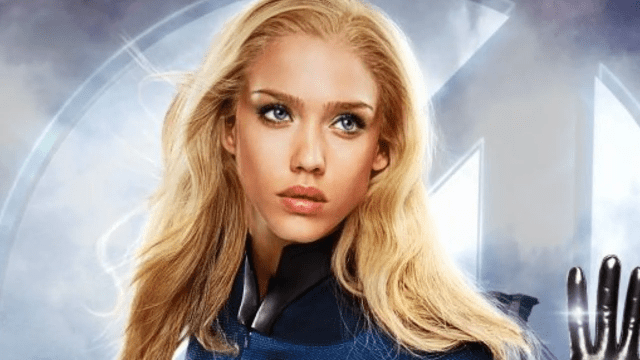 Jessica Alba is something of an underrated Marvel icon, thanks to her portrayal of Sue Storm in the two Fantastic Four movies of the 2000s, which made her the first actress to portray the Invisible Woman in a live-action film that was actually released.

And seeing as Sue is typically portrayed as white, Alba’s casting was especially notable given her Latina heritage — even if her natural looks were hidden beneath a blond wig and blue contacts.

Despite her stint in the superhero world coming to an end 15 years ago, Alba doesn’t think the number of women of color in Marvel movies has risen as much as it should have since then. During an interview with Glamour UK, Alba acknowledged the industry’s progression in this area in recent years but admitted that there’s still a ways to go, labeling the MCU’s output specifically as “still quite Caucasian.”

“Even if you look at the Marvel movies – that’s the biggest driver of fantasy and what’s happening right now in entertainment, because it’s sort of the family thing – it’s still quite white. I would say I was one of the few back in the day… And it was before Marvel was sold to Disney… but it’s still quite… more of the same.”

Making clear that she wasn’t just singling out Marvel unfairly, Alba then added that she believes the “system just has to be more diverse” as she views the root of the problem being the predominance of Caucasian men in positions of power.

“It’s the same in business and in Hollywood – if you have people in charge who aren’t really reflective of the audience you’re appealing to, they only know what they know. They only know what they like. And so they’re going to gravitate towards more of the same. And 50 percent of the population, we’re women. And we like action movies, and we like superheroes, and we like romantic comedies, and we like dramas and horror, and all of that. But if 90 percent of the people in charge don’t look like us, they’re just going to continue to do the same.”

In Marvel Studios’ defense, Kevin Feige and company are clearly working hard to diversify the franchise’s female characters, as seen in the recently concluded Ms. Marvel, featuring the MCU’s first Muslim heroine. However, Alba’s obviously right that the company must strive to do better.

It’ll be interesting to see, for one thing, whether the incoming Fantastic Four reboot sticks to the all-Caucasian depiction of the First Family in the comics, or follows the lead of previous films and casts at least one person of color. Not that the latest rumors are pointing in this direction, though.