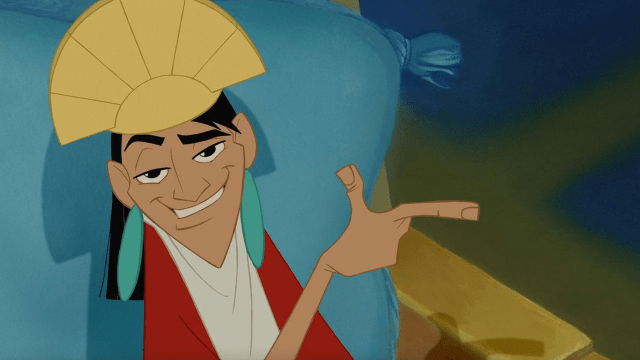 “Beloved,” “Disney,” “animated,” and “film” are perhaps four of the most familiar bedmates in the wide world of syntax; with historical classics such as Bambi and Pinocchio to the more modern features such as Beauty and the Beast, The Lion King, all the way up to Encanto, Disney has been at the top of the animation game since before many of us were born.

Despite the formulaic and philosophical evolution of film and animation over the course of the last several decades, you more often than not know what to expect out of an animated Disney film. This is perhaps the reason that so many people fell in love (and continue to fall in love to this day) with The Emperor’s New Groove, an out-of-left-field, widely adored animated feature released by Disney in 2000. And the already praise-saturated film looks to be getting even more thanks to the folks over on the r/movies subreddit.

One user kicked off the thumbs-up train by pointing out a smartly written scene that takes place during the beginning of the film, in which antagonist Yzma dreams up an elaborate scheme to kill emperor Kuzco, the film’s protagonist. Putting aside the humorous bit where her plan ends in simply poisoning Kuzco after all the work that would come from the previous steps, the plan also includes a part where she turns Kuzco into a flea, thus communicating to the audience that she can, in fact, turn people into animals, which is how Kuzco ends up in the body of a llama.

Many responders echoed their respect for the film’s deft writing and penchant for consistent comedy, with one user pointing out that The Emperor’s New Groove is in a unique position to have both of these traits.

Another user shouted out the film’s incredible voice cast, among them David Spade and Patrick Warburton, as well as sticking out their neck for two other animated Disney features that might have had the same fortunes in another life.

And, of course, another responder came in with the comment we all expected.

Indeed, The Emperor’s New Groove has continued to hold its rightful place in the hearts of millions, and now that we’re in the era of Disney Plus, that number can only grow.