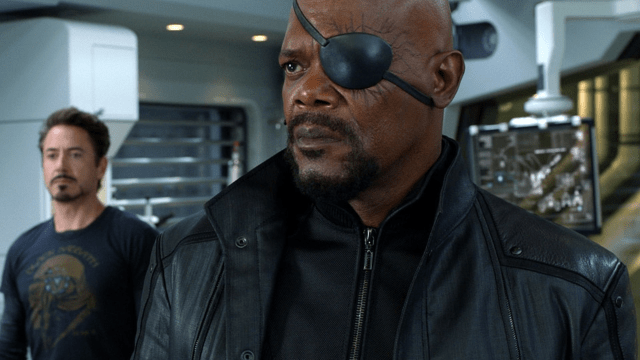 We all remember that special moment back in 2008, when we got completely caught off guard by the mysterious post-credits scene at the end of the first Iron Man movie, in which Nick Fury, played by Samuel L. Jackson, sat down with protagonist Tony Stark to talk about the Avengers Initiative. What followed was arguably the largest pop culture phenomenon in the last decade; one that looks primed to continue spilling into the next.

Such questions bring to mind an infinitely perverted, yet possibly just-as-entertaining roster for one of history’s premier superhero teams, and when given the opportunity to pitch their own candidates for this amalgamation of misfits, Twitter proved to be locked and loaded with hilarious pitches.

Not even the perilous waters faced by the eponymous Titanic would deter Fury from acquiring what would no doubt be a crucial piece of the puzzle.

One advantage of hand-picking your team from any movie you want means you can really nail down some specialists; knowing this, Fury would be extra careful to shore up the division that deals with the supernatural.

Some answers proved to be too unironically exciting to even laugh about.

One user did all of Fury’s legwork for him.

And while the canon Avengers team may have had a Hulk, Twitter’s rendition has a Johnny.

Indeed, this is one of those questions that doesn’t just live rent free in one’s head; this is one which we would actively pay for its continued presence. Naturally, the next step is to take a page out of @RedVioletPanda’s book and compile a full team of film protagonists to form the most unhinged Avengers roster possible. Happy drafting, fellow Fury’s.