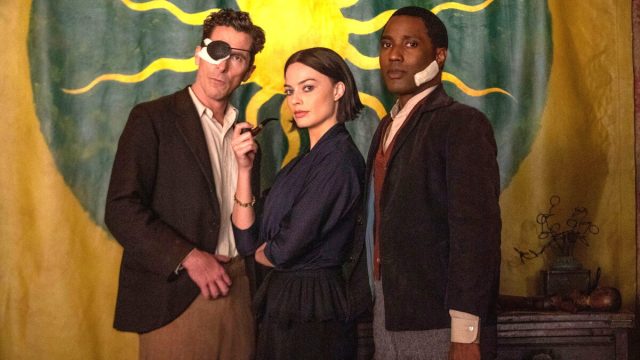 With such a star-studded cast, Amsterdam is a film that has to deliver and it would seem to have done so, to a degree. The period mystery comedy film had its world premiere in New York with its numerous stars hitting the red carpet to sit down and watch their creation. Directed by David O. Russel, the film looks at three friends, a doctor, nurse, and a lawyer, as they become murder suspects, set against the background of the post-WWI depression period.

Many see this as another Oscar bid by Russel, whose previous works include American Hustle, Silver Linings Playbook, The Fighter, and his last feature film Joy. Returning to work with Russell once again is Christian Bale as one of the three lead characters alongside Margot Robbie, and John David Washington. Other notable actors involved are Robert De Niro, Timothy Olyphant, Zoe Saldaña, Anna Taylor-Joy, Rami Malek, and Mike Myers with appearances from Chris Rock and Taylor Swift.

Though it would seem that the reviews are somewhat positive, many feel that Russell shouldn’t quite hold his breath for another nomination for this one. Critics praised the acting and the beautiful sets and cinematography but also claimed the film felt dragged out at times and that the film didn’t seem to know exactly what it was.

Many felt that the film delivered as a quirky mystery story, one that explores people’s actions in the most difficult of times.

The film is supposedly a crowd pleaser with this critic praising the three leads’ performances.

With a few pointing out the running times it sounds like Amsterdam struggles to stick the landing, but at least the journey is fun. This critic mentions Robbie, Taylor-Joy, and Malek as standouts.

This critic feels like the timing of this film reminds us of how history comes to repeat itself, but instead of depressing it left them hopeful.

Again the cast is praised for pulling off the comedy, but that it doesn’t quite reach the heights of the greats that came before.

Some feel, that though the actors try their best, the film can’t seem to decide what it is, switching between comedy mystery and serious spy drama.

And then there are of course critics who feel that the movie completely fell short, though, in their mind, some actors have escaped the wreckage.

Though it would seem that Russell has failed to quite live up to some of his former work with Amsterdam it would appear to still be an entertaining romp with some of the best actors on earth present. Amsterdam lands in theatres on Oct. 7.