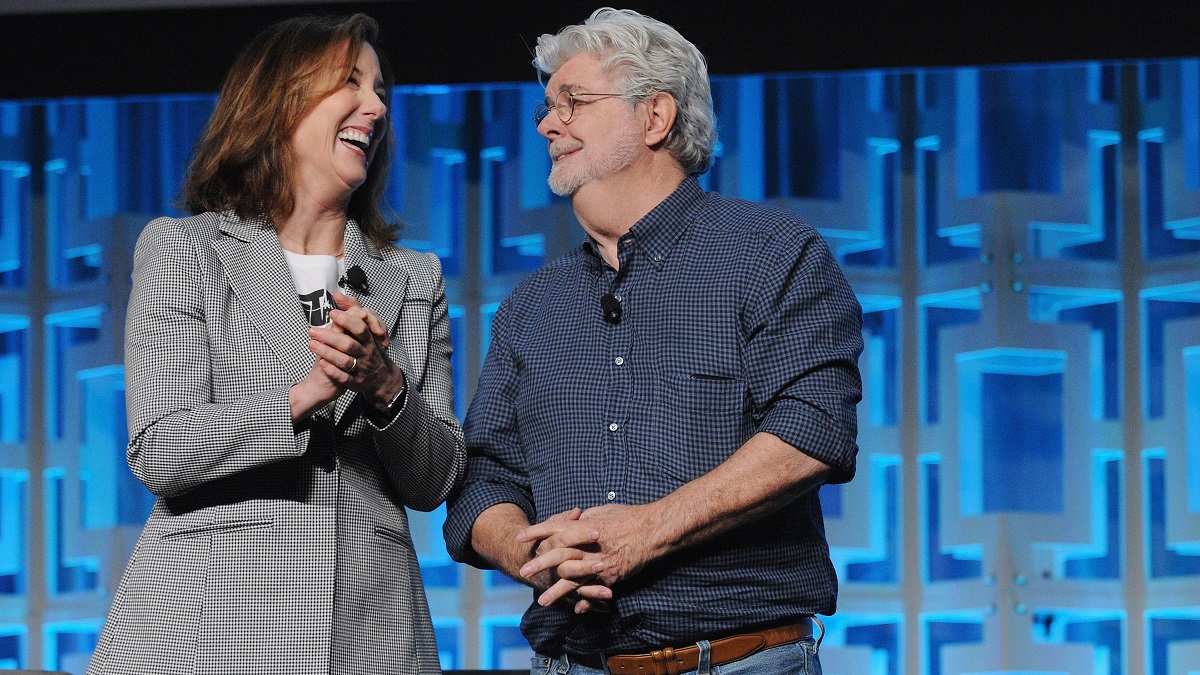 Longtime collaborators Kathleen Kennedy and George Lucas will receive the 2022 Milestone Award from the Producers Guild of America, both in honor of their work together and individually, which the guild said Friday represented “unparalleled contributions to the film industry,” as reported by Deadline.

Kennedy is currently the president for Lucasfilm, producing recent films and TV shows set in the Star Wars universe, such as the recent sequel trilogy of films, and the Disney Plus series The Mandalorian and The Book of Boba Fett.

Of course, Lucas founded Lucasfilm and directed the original Star Wars back in 1977. The collaboration between he and Kennedy stretches back to the early ’80s, when her first-ever credit saw her listed as Steven Spielberg’s associate on Indiana Jones and the Raiders of the Lost Ark, and she’s been part of the franchise ever since.

“Together, George and Kathleen have carved out a fantastic empire of entertainment that inspires and entertains billions, all with the highest levels of both creative and technical achievement,” Producers Guild of America Presidents Gail Berman and Lucy Fisher said in a joint statement. “We’re very proud to honor George and Kathleen as they celebrate the 50th anniversary of LucasFilm.”

Star Wars supporters might not be huge fans of Kennedy, but her peers think she’s great at what she does.