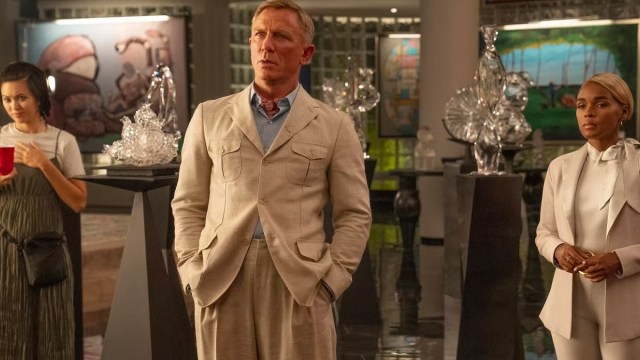 It’s finally upon us. Those of us lucky enough to have access to Glass Onion‘s limited theatrical release finally have the opportunity to catch Benoit Blanc’s second fascinating conundrum on the big screen, and it seems all but certain that Daniel Craig, Rian Johnson, and the rest of the crew will be serving up the best murder mystery film of the year. We daresay it wouldn’t be unwise to keep this one in mind for Oscars buzz.

The rest of us will just have to be patient for that incoming Netflix release, but anyone who has the slightest memory of Knives Out is in for an absolutely tantalizing wait, especially when folks such as Ram Bergman, one of the film’s producers, keeps teasing us with even more comments about Johnson’s revolutionary approach to the murder mystery formula.

In an interview with /Film, Bergman recalled the conversations he had with the writer and director regarding the film’s script, highlighting how Johnson’s ultimate idea for Glass Onion seemed like a Herculean task, and also how he believed that he was exactly the right man for the job.

“He literally worked through all the key bits, and we talked about the conceit of the movie, which was like, “Wow, okay, this is completely different, as it should be.” But I didn’t expect it, and it’s a challenge. I think we both realized, “Okay, if you can pull it off, that’s going to be really cool, but it’s going to be very challenging to pull it off.” But again, if I’m always going to bet on somebody, I’m going to bet on Rian.”

He would go on to detail what it was like to actually read and re-read the script, which itself sounds like rewatching a murder mystery film in its own right.

“When you read one of Rian’s scripts, they are very dense. You read them, and you read them again, and you still know — the same way when you’re watching a movie — that you’re going to miss so many different things. You read it, and you read it again and you realize, “Oh, you missed this. Oh, this is what he meant, you missed it.” But it was such a fun ride reading the script. I was like, “Holy s***, he pulled it off.””

Indeed, with a triumphant 94 percent approval rating on Rotten Tomatoes, it looks like Johnson did what everyone already knew he would, and brought the Knives Out franchise to exciting new heights.

Glass Onion is currently making its week-long theatrical rounds, having started today on Nov. 23. It’s set to land on its permanent home on Netflix a month from now on Dec. 23.