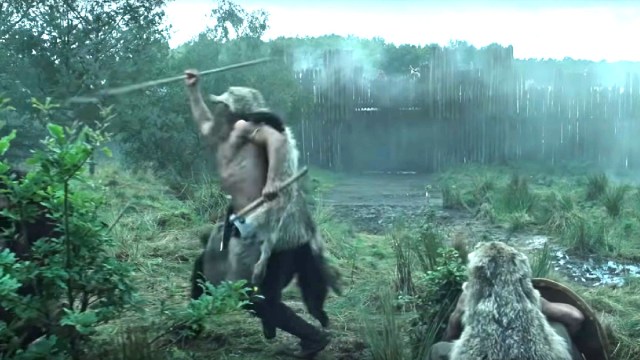 Every filmmaker sets out to make the greatest movie ever made each time they call “action” on a new project, otherwise what’s the point? Of course, aiming for greatness and achieving it are two incredibly different and even more difficult things, but fans are dipping into their favorites to praise the films that instantly let them know something special was on the cards.

We’ve all been in the situation where we sit down in the theater, tempering our expectations so as not to get too carried away, only for a genuine “holy sh*t” moment to unfold in front of our very eyes, letting everyone in the auditorium know in no uncertain terms that something truly awe-inspiring is afoot.

Kicking off the discussion with one of 2022’s most acclaimed efforts, The Northman‘s first major battle sequence saw Alexander Skarsgaard catch a spear thrown towards his berzerkers, only to launch it back towards the assailant for a one-hit kill. Jaws hit the floor, the bloodletting continued, and now the comments section is getting in on the action to name the titles that had a similar impact.

The opening scene of The Matrix changed cinema forever, something that was made clear by the time Trinity kicked her first batch of ass. Similarly, Mad Max: Fury Road and Michael Mann’s Heat may occupy two entirely different genres, but they were nailed-on for classic status as soon as they’d set out their respective stalls right away.

The Mummy‘s prologue enthralled an entire generation before we’d even been introduced to Rick O’Connell, A New Hope‘s first minute revolutionized everything we thought we knew about cinema, and The Dark Knight ascended to the pantheon of modern greats, all by the end of the first scene.

Sometimes, all it takes is a few minutes to guarantee legendary status, as the aforementioned flicks and plenty others have shown.