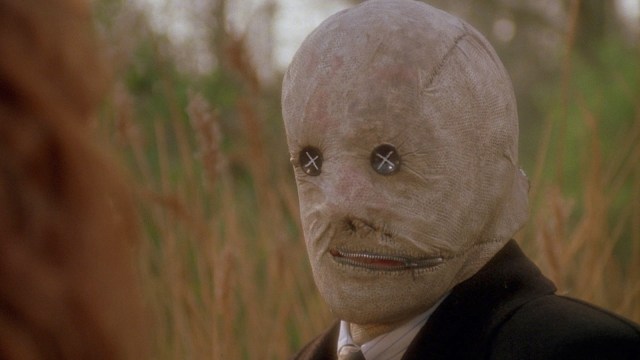 There have always been supernatural horrors, even dating as far back as 1922’s Nosferatu, but the sub-genre wasn’t truly popularized until the era of Ghostbusters in the ’80s. In 2007, Paranormal Activity revitalized supernatural horror and managed to gross a whopping $193.4 million and, just six years later, Warner Bros. released The Conjuring. From there, supernatural horror gained an even broader audience, eventually resulting in an expansion of The Conjuring universe — a prime example of the sub-genre — into an Annabelle trilogy and several spin-offs such as The Nun (2018) and The Curse of La Llorona (2019).

One of the biggest appeals of supernatural horrors is their demonic entities. These can range from humanoid creatures to spirits and ghouls, or even abstract forces. Over on Reddit, one horror fanatic reached out to the masses in the hopes of finding horror films that are thematically similar to the likes of Hellraiser, Hellbound and Event Horizon. Naturally, the dedicated horror fan base came out in full force to share their extensive knowledge of the genre.

Phantasm and John Carpenter’s Prince of Darkness were both popular picks. Both are perfect mixtures of supernatural and human error, which is precisely what makes the concepts so believable. Plus, there are striking similarities to the above-mentioned films.

Despite only grossing $16 million against a $11 million budget, Clive Barker’s Nightbreed is definitely an oldie but goodie that deserves much more love than it gets.

Sci-fi horror From Beyond also gets a shout-out. This horror is more inclined towards an abstract force at play, which derives from otherworldly origins, but it bares some resemblance to Event Horizon, the events of which also appear to be the work of a hostile force.

Other suggestions included The Void, Blair Witch, and In The Mouth of Madness, which feature supernatural forces that are either invisible to the naked eye or manifest themselves later on after terrorizing the main characters for a set amount of time.