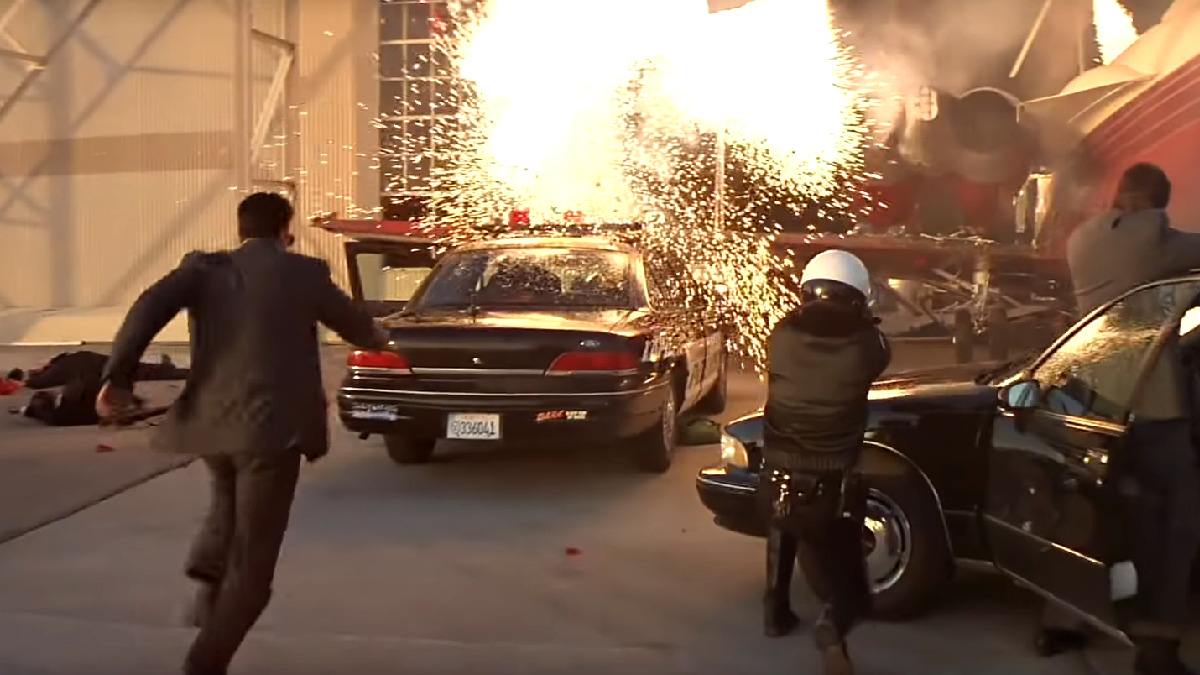 There are plenty of ingredients required to create a recipe for cinematic greatness, but in the case of John Woo’s undisputed action classic Face/Off, ham and cheese were the only two key components required to craft one of the genre’s best-ever blockbusters.

Nicolas Cage and John Travolta may have appeared in their fair share of character-driven dramas, but each of the stars knew exactly how to pitch their performances when it came to the ludicrous battle of wits between Sean Archer and Castor Troy, especially when they were sending up their opposite number’s established persona in the aftermath of the titular operation.

As a result, Woo’s best Hollywood movie by a country mile has endured for over a quarter of a century as one of the most entertaining shoot ’em ups the industry has ever seen, bolstered by several stunning set pieces and a reliance on good old practical effects that were already falling out of favor in 1997 as the CGI revolution continued to gather pace.

Even now, with Godzilla vs. Kong director Adam Wingard developing a sequel that’s justifiably got many fans concerned it’ll do nothing but dilute the impact of the original, Face/Off remains as enduringly beloved as it ever was.

In fact, a celebratory Reddit thread has been lavishing praise on both the hamminess and cheesiness Cage and Travolta bring to their respective dual roles, and it wouldn’t be an understatement to say that the end result would have been nowhere near as awesome were Sylvester Stallone and Arnold Schwarzenegger to star as initially planned – and that’s in spite of their reputations as titans of big budget running and gunning in their own right.