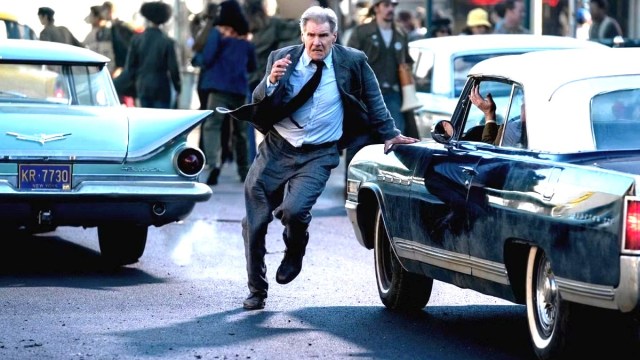 via Lucasfilm
Review of:

By the time Indiana Jones 5 finally comes to theaters in June of next year, Harrison Ford will be just a few weeks shy of his 81st birthday, which is a hell of an age to be headlining a blockbuster action spectacular.

Of course, the Hollywood icon has kept himself in tremendous shape, but that didn’t stop alarm bells from ringing when an on-set injury suffered during production kept him sidelined for a lot longer than initially anticipated. It doesn’t matter who you are or what you do, nobody can outrun Father Time, so we can only hope the actor’s swansong as the legendary archeologist proves to be a fitting farewell.

The franchise may be over 40 years old, but Indiana Jones 5 is only the second installment to have arrived since 1989, which is mind-boggling when you think about it. Based on how much the internet continues to despise Kingdom of the Crystal Skull, it wouldn’t have been a particularly fitting way for Ford to bow out, but even the man himself admitted that he didn’t see the point in cracking the whip for a fifth time in the beginning.

In typically curmudgeonly fashion, Ford revealed to Empire that he “he didn’t feel it was necessary to do another one.” That’s completely understandable, and while he went on to say that the screenplay changed his mind, we’ve got the sneaking suspicion that a dump truck full of that sweet, sweet Disney cash no doubt helped convince him, too.

The only real question is whether or not Indiana Jones 5 can live up to expectations, an answer we won’t be getting for another seven months.