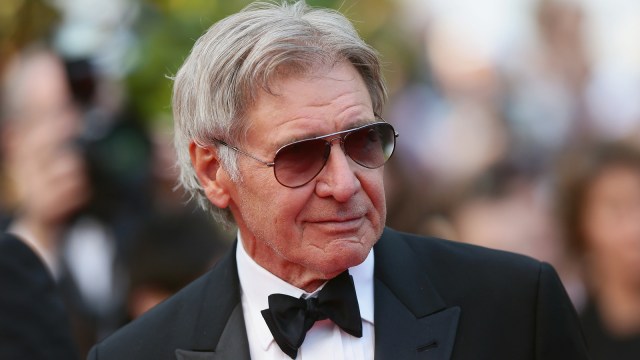 The MCU fandom is fizzing with excitement over the increasing rumors pointing to Harrison Ford joining the Marvel universe. According to what’s going around, the Han Solo and Indiana Jones legend is the studio’s first choice to take over the role of General Thunderbolt Ross from the late William Hurt, beginning in 2024’s supervillain-team up movie Thunderbolts.

Setting aside the geeky thrill of seeing Ford transform into Red Hulk, there’s another reason that is just so delicious to think about that we now absolutely need to see the Star Wars icon join the MCU, whatever happens. As Twitter user @JordanMaison went viral for pointing out, the Thunderbolts press tour would be unmissable because the famously curmudgeonly Ford would have to face endless questions about the intimacies of Marvel lore.

Considering that Ford has been hilariously transparent in his total lack of interest in engaging in the fan debates of Star Wars, a franchise he’s been part of since the very beginning, he would care even less to talk about the ins and outs of this cinematic universe, so it’d be a joy to witness interviewers try and fail to engage him in any way in chats about which Avenger would beat which or what Thor’s hammer is called. Could Ford come up with a better answer than Paul Rudd’s immortal response? We can but dream that we get to find out.

Interestingly, though, there are some heretics out there who have no desire to see Ford sign up for the MCU, feeling that his hiring as Red Hulk would be mere stunt casting and that a younger actor would be a better fit for what would no doubt be a action-heavy role. Still, for the moment, it’s all academic as we don’t know if there is any serious truth to these updates. What we can say is that Thunderbolts is due to light up cinemas on July 26, 2024.