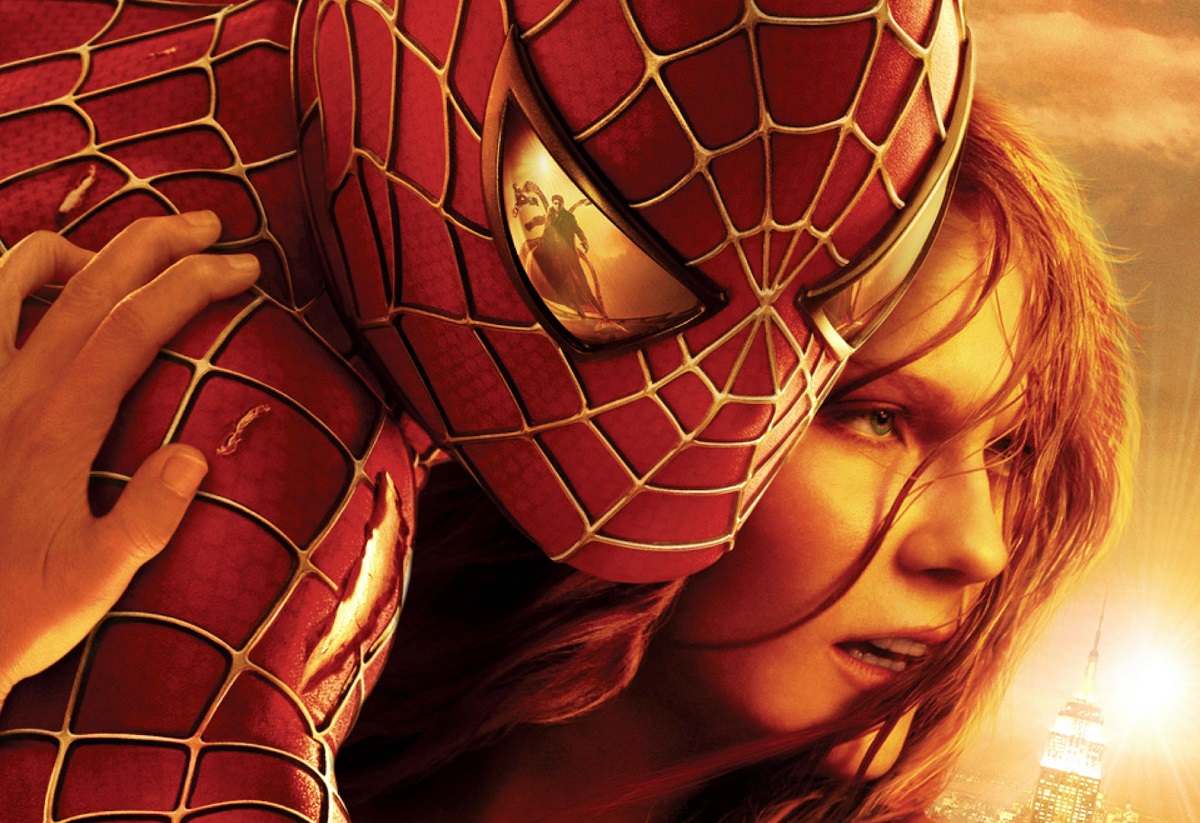 For the first half of the aughts, Sony’s Spider-Man franchise was the biggest superhero franchise in the known universe. Even after the poorly-received capstone of the first trilogy forced a reboot of the character, Sony still put up a good fight against Disney’s by-then gamma-irradiated, hammer-wielding, shield-slinging, two-ton simian.

Even now, following its 2015 negotiation with the Mouse House to share the film rights to everyone’s favorite wall-crawler, Sony keeps burning a light in the non-Disney Marvel movie wilderness with its own Spider-Man Universe featuring…well, Spidey’s villains. But sometimes they’re good guys. Mostly.

Here are all of Sony’s Spider-Man films to date, ranked from best to worst since we already know which one takes the cake.

It’s hard to argue that any Sony Spider-Man property holds a bigger place in the fans’ hearts than 2004’s Spider-Man 2. Its predecessor had done a lot of heavy lifting storywise, setting up the origin and backstory of Peter Parker and establishing his relationship with MJ, Aunt May, and Harry Osborn. Spider-Man 2 could have easily coasted along as a typical superhero/supervillain slugfest between Ol’ Webhead and fan-favorite baddie Doctor Octopus, but instead it dug in deep to the character, re-tooling Stan Lee and John Romita Sr.’s classic “Spider-Man No More” storyline, deepening Peter and MJ’s romance, and providing the subway train set piece which is, bar none, the character’s defining fight sequence (to the extent that even Spidey’s first official MCU effort, Homecoming, couldn’t resist aping it).

Although 2000’s X-Men had already brought the superhero movie to a new level, 2002’s Spider-Man was a true game-changer, bringing audiences to theaters in numbers not seen since the first Superman or Batman motion pictures in the ’70s and ’80s. Spider-Man was easily one of the most popular comic book characters on the planet, but Sam Raimi was the first to bring him to the screen in a believable and heartfelt way. It helped that the CGI at the time had finally come up to the level that was able to show some realistic web-slinging, but the real selling points of the movie were moments such as the famous upside-down kiss shared by Mary Jane Watson and Spidey (it literally won an award) and the film’s overarching theme that “with great power comes great responsibility”  — an idea that goes all the way back to the character’s debut in the pages of Amazing Fantasy #15 and resonates in every single film iteration of the character to this day.

After the comparatively lackluster box office performance and a laundry list of behind-the-scenes drama (more on that later) compliments of Spider-Man 3, Sony opted not to extend the Raimi trilogy into a fourth film and announced that it would instead reboot the franchise with a new director at the helm. The Amazing Spider-Man, directed by Marc Webb of 500 Days of Summer fame, premiered in June of 2012, making a very respectable $750 million or so at the box office and entirely rebooting the character, down to a retelling of the origin story replete with new casting for Spidey’s Aunt May and Uncle Ben, a new love interest, and the prior three films’ canon effectively stricken from the record. Fans were happy with several aspects of the renewed franchise, including Andrew Garfield’s more wise-cracking take on the character, the addition of mechanical web shooters ⏤ an artifact missing from the Raimi trilogy ⏤ and a new love interest with Peter’s OG girlfriend from the Lee/Romita run, fan-favorite Gwen Stacy, played by Emma Stone.

Stone and Garfield, who dated throughout the shoot of the movie and its sequel, may not have achieved a moment as iconic as the upside-down kiss, but they certainly had a palpable chemistry that fans responded well to. Not so much with the film’s villain, though. Rhys Ifans’ depiction of Dr. Curt Connors, aka The Lizard, was felt by many fans to be lackluster and they simply disapproved of the reboot entirely, with some reviewers describing the film as pointless. Although hindsight has been kinder, especially after the release of Spider-Man: No Way Home, The Amazing Spider-Man split the fan base further than any of the three previous films.

After the success of the first two Raimi movies, Spider-Man fandom expected the trilogy capper to be an embarrassment of riches, and all the promo material available certainly indicated that that would be the case. Fans would see not only a classic villain in Flint Marko, aka Sandman, but also see the culminating arc of Peter and Harry’s best friend/worst enemy storyline. As if that wasn’t enough, the early promotional images showed Spidey wearing the black Spider-suit, aka the symbiote, aka Venom, one of the biggest Spider-Man villains of the last 20 years.

It all looked great on the posters. Unfortunately, what fans couldn’t see was the intense behind-the-scenes struggles of the third film. Director Raimi envisioned a trilogy capstone that would explore the idea of good vs. evil and Peter’s ideas of responsibility through returning cast member James Franco’s new Goblin identity as well as another classic ’60s-era villain, Sandman, who Raimi retooled as the killer of Peter’s beloved Uncle Ben — intended to provide a new outlook on Spider-Man’s origins. Producer Avi Arad wanted Venom.

Eddie Brock, Venom’s alter ego (well, at least his first) was already scheduled to make an appearance in the film, perhaps to introduce the possibility of a Spidey/Venom clash in a fourth movie. Production insisted on a bigger role and fans ended up with no fewer than three main villains in a script that also introduced Gwen Stacy (played by The Mandalorian director Bryce Dallas Howard, no less) as a potential new love interest. When the film debuted in May 2007, viewers were treated to the most overly-convoluted script to date. While Spider-Man 3 kept up the franchise’s incredible action sequences, many fans found it to be too much and not enough at the same time. Not only was Topher Grace’s Venom considered lackluster by comic book fans, most viewers found the film sluggish and found the multiple storylines of the three villains, not to mention the seemingly half-hearted love triangle, to be hard to follow.

Although the film made a healthy show at the box office despite being called out for being overly complex, it inadvertently tolled the death knell for the original Maguire franchise, much like our follower-up.

The sequel to The Amazing Spider-Man went into production with a fair amount of capital despite its predecessor’s fan quibbles. It’s hard to make one of comics’ most popular characters poorly received. However, The Amazing Spider-Man 2 managed to do just that. Instead of doubling down on the character’s reinvention, the sequel ended up falling prey to many of the pitfalls of Spider-Man 3. It introduced multiple villains, often ill-used (remember The Rhino? Paul Giamatti? Anyone?) and plot points no one but the hardcore fan of the comic books wanted to explore, including making Peter’s actual parents spies, which might have had its origins in the ’60s run of the comic, but no one was exactly chomping at the bit to see the pair take on those personas on the big screen.

Then there’s Electro. While casting Jamie Foxx was actually inspired (see No Way Home as evidence), the character’s reimagined origin as a poorly socialized programmer empowered by electric eels was a huge deviation from his comic book origin as an electrical lineman driven by greed, and made for a resounding dud in the eyes of audience members. Even though the film was the first to include the death of Gwen Stacy, a touchstone of the comic series that still resounds today, most fans found the effort dissatisfying, suffering from the very same “too many cooks in the kitchen” overabundance of plot lines that killed the original franchise.

Still, at least the installment still had Spider-Man in it. Our last few Spidey-themed entries? Not so much.

Venom: Let There Be Carnage

Sony had planned to use the rebooted franchise to launch several spin-offs from the source material. In one sense, this can be perceived as exploring the depths of the villains and antiheroes that make Spider-Man such a compelling character. Looking at it another way, however, it’s pretty much making Spider-Man movies without Spider-Man.

We’ll get to the first effort later, but for now, the best-received “Spidey sans Spidey” movie appears to be Venom: Let There be Carnage. As set up in its predecessor Venom, Eddie Brock, paired with the alien symbiote Venom (aka the black suit from Spider-Man 3) must deal with deranged serial killer Cletus Kasady, played by Woody Harrelson, and all the predictable mayhem ensues.

Despite not exactly being universally loved by fans in any way or form, the second Venom manages to pick up and improve upon some of the factors that were favorably received in the first.  The film focuses more on the oddball relations between Venom (the symbiote “suit”) and Brock, but it fails to fully embrace Venom as a “hero,” or at least protagonist, especially since Venom joins Carnage — literally a serial killer with another “symbiote” suit — and, well, therein lies the downfall of most of Sony’s Spider-Man Universe. Too much villain and absolutely no real foil to bounce off of does not a captivating film make, and while Venom has definitely had runs as a hero in the comics, he doesn’t really seem to be earning the title in his new standalone films.

And so here we are. Venom has always been a dark version of Peter Parker — striving for good or bad but ultimately wanting to mirror Parker. That led to a career in comics that has the symbiote and its given host at the time struggling to find their purposes. Venom is actually the prime candidate for a new re-imagining where his anti-heroic mayhem becomes truly heroic.

Anyway, Venom doesn’t go for that. Mostly it’s Tom Hardy as Eddie Brock and his exasperated dealing with a suit determined to either murder/eat people or just be gross. Perhaps it can be appreciated as body horror, but its attempts to jump-start Sony’s Spider-Man Universe leave a lot to be desired. Brock portrayer Hardy definitely seems to be doing his best in the role, but ultimately there’s nothing new or classic here. The film attempts to launch a universe, but at the moment it just seems to be an appearance ⏤ one lacking its prime motivation at that.

Lastly, we have Morbius, Sony’s latest attempt to stoke interest in a Marvel villain/antihero from the pages of Spider-Man. So far the results are less than encouraging for the supposed franchise. Although Dr. Michael Morbius is an interesting take on the vampire mythos — a human being chemically altered to suffer both the strengths and weaknesses of an actual vampire — the film has been met with almost universally bad reviews. Morbius seems to suffer from a lack of a context like the Marvel Cinematic Universe to exist in. No Spider-Man makes for an extremely uninteresting Morbius and, given director Daniel Espinosa’s lack of framework for the character in addition to being left completely in the dark as to the plot points of Spider-Man: No way Home, fans are unlikely to clamor for a sequel. We’ll have to wait and see if Morbius continues to be Sony’s nadir of Spider-Man-influenced projects.

Fortunately, as of this writing, Sony still has a few more tricks up its sleeve. Kraven the Hunter, featuring longtime Spider-Man adversary Kraven, is supposedly still on the table. The rumored source material, Kraven’s Last Hunt, is one of the best-received storylines in the history of the comic book run. Aaron Taylor-Johnson has already been cast in the title role, and in dddition, Sony is still proceeding with a proposed Madame Web movie that will feature Dakota Johnson and Euphoria actress Sydney Sweeney.

Whether either of the new offerings will prove franchise-worthy without the presence of everyone’s favorite neighborhood Spider-Man remains to be seen.