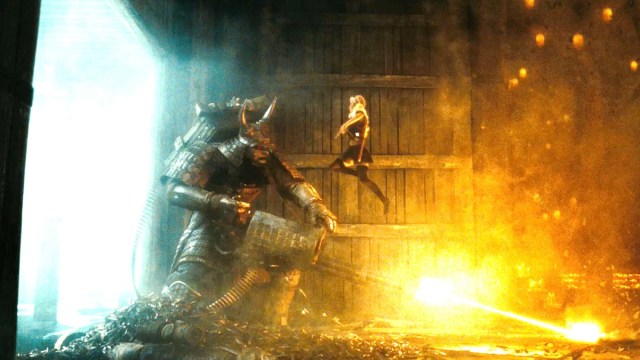 So-called “elevator pitches” have been a staple of cinema for decades now, and it’s proven to be such an effective way of easily marketing movies to studio executives, stars, and filmmakers that the entire “Die Hard on a [exist location or mode of transport here]” subgenre exists as a direct result.

However, a sky-high concept isn’t always a guarantee of quality, and there’s been way too many times when an A-list plot has been wasted on what turned out to be a D-list film. Sadly, all of the big ideas and phenomenal premises in the world can’t compensate for undercooked creativity, with cinephiles taking immense pleasure in roasting the worst offenders.

Starting things off with Downsizing sets the stage nicely, seeing as a sci-fi comedy about people being shrunk down to live in miniature communities comes packing unlimited potential, but all we ended up with instead was a critical and commercial slice of lukewarm mediocrity.

Hotel Artemis roped in a star-studded cast for a dystopian thriller about a refuge for criminals that comes under siege, only to flop spectacularly hard because nobody cared. Similarly, Ricky Gervais vehicle The Invention of Lying finds a man being able to bend the truth in a world where fibbing is impossible, and it could barely scrape past passable.

Ambitious sci-fi thriller In Time, Ridley Scott’s Alien: Covenant, every single live-action Resident Evil adaptation, and Zack Snyder’s Sucker Punch are all named and shamed, too, and it’s difficult to argue against the notion they didn’t make the most of the tools they had at their disposal.