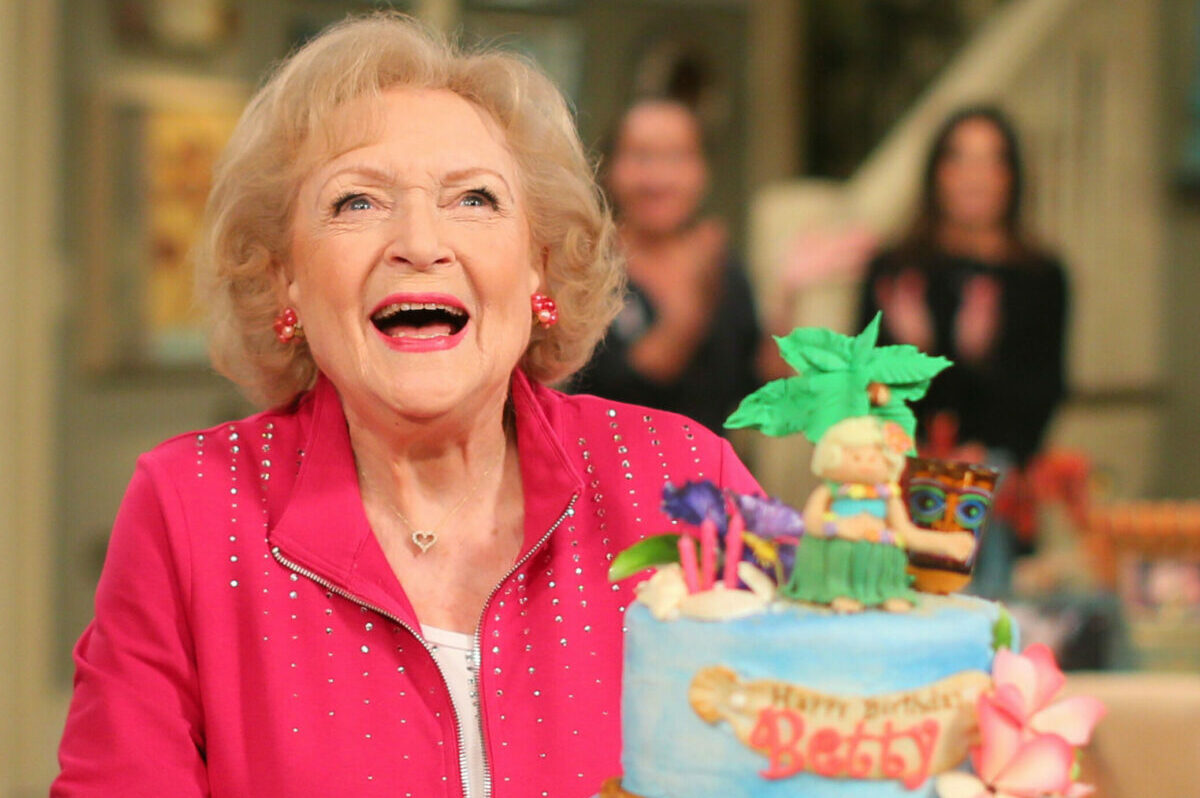 Photo by Mark Davis via Getty Images for TV Land

As fans around the world honor the life of Betty White on what would have been her centennial birthday, they’re looking back at a life full of love, compassion, and a lot of laughter. White was a force to be reckoned with, a gentle soul, a strong woman who had a heart for animals, and the kind of talent you feel lucky to witness.

White’s birthday celebration was going to be a special one this year, and in her honor, fans are keeping up with her wishes. Audiences will be going to theaters to watch the movie that celebrates her life, binging Golden Girls marathon on Hallmark, and watching their favorite episodes of White’s shows and binging films that brought us to tears by laughter or by her emotional performances.

Fans will also be donating to several animal organizations in her honor and spreading joy and kindness as she did with everyone she knew — and those she didn’t. White called herself a cockeyed optimist and said she found the bright side in every situation. The most beautiful way to respect her legacy for years to come is to simply take a page out of her book.

White’s life is a testament to hard work, positivity, and love — and she gave us all a lifetime of quotes, characters, and memories to look back on with smiles and fondness. We could have chosen 100, but we decided to go with 10 of our favorite Betty White moments to celebrate today, and we hope you’ll join us.

“Friendship takes time and energy if it’s going to work. You can luck into something great, but it doesn’t last if you don’t give it proper appreciation. Friendship can be so comfortable, but nurture it-don’t take it for granted.” — If You Ask Me (And Of Course You Won’t)

9. White on getting older

“It’s not a surprise, we knew it was coming—make the most of it. So you may not be as fast on your feet, and the image in your mirror may be a little disappointing, but if you are still functioning and not in pain, gratitude should be the name of the game.” — If You Ask Me (And Of Course You Won’t)

“When I pontificate, it sounds so, you know, ‘Oh, well, she’s preaching.’ I’m not preaching, but I think maybe I learned it from my animal friends. Kindness and consideration of somebody besides yourself — I think that keeps you feeling young. I really do.’” — The White Hot Betty White

The Emmy celebration for White was a sweet moment in time. White was awarded for her dedication to entertainment and all she’s given the realm. Those in the audience listened intently to her reminisce about her time in the industry and applaud a life well-lived. White looked out at the audience in awe, as she often did that so many people loved her — as if she was unaware of just how special she was. White’s agent said he reminded her constantly, but she always felt a great deal of gratitude for those who loved her.

6. White on The Late Late Show with James Corden

James Corden played a game where Amar’e Stoudemire had to guess if certain things existed when White was born. The questions ranged from New Mexico to sliced bread, and Stoudemire was quite fantastic at guessing the correct answers. White laughed and had a quick retort to all of the comments made, and it showed that even at age (almost) 94, she hadn’t lost her spark.

5. White and Ludden on Tattletale

Ludden and White had a fairytale romance and the pair were absolutely adorable. They met on a game show, and it was no surprise to audiences that they wowed on several together. It was clear that they knew each other well and their game show appearances were always a blast. We specifically loved them together on Tattletale.

White’s tribute to Morgan Freeman was especially wonderful, and the fondness he looked at her with made it even better. Freeman adored her, and the song and dance number she did to honor him was a treat for the audience as a whole, not just Freeman.

Hot in Cleveland brought White back to the kind of role she had in the The Golden Girls. Although she was the caretaker of the home the girls lived in together, the idea that four friends were brought together and experienced a new chapter of life together was a similar one. White was the perfect addition to the cast of characters, and fans greatly appreciate this show.

Rose Nylund isn’t just an important role to fans — it was an important role to White herself. She said in several interviews that she would be happy for fans to look at Nylund and recognize White from that role. As a character, White was able to showcase her kindness and compassion and her love for animals because Nylund shared those same qualities. We fell in love with The Golden Girls, and it’s safe to say that we all had a particular affinity for Nylund.

White loved her role as an actress, but her true passion in life was animals. Any interview where White was able to connect with animals is a special one, as was her series The Pet Set. White cared deeply for animals’ safekeeping and health and worked tirelessly to ensure that those things were essential to caretakers of animals everywhere. She loved bears as much as she loved dogs and never met an animal she didn’t grow to adore. White’s passion for animals is a legacy fans can take and make their own, a way to honor and continue spreading the joy in White’s heart.

Here’s to Betty White, may we all live like Betty and make the world a more beautiful place.